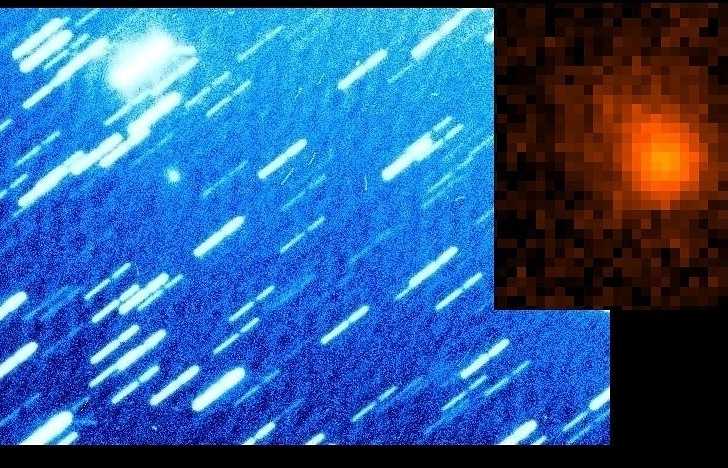 The record-holder among Russian astronomers on the number of open comet Leonid Elenin has chalked up another celestial body. The comet, called C/2017 A3 (Elenin), was discovered in the southern sky on the border of the constellations of the Keel and the Stern.

New comet was discovered by astronomer with the Australia telescope and the automated software system management remote (controlled via the Internet) observatories.

“Comet C/2017 A3 (Elenin) discovered in the southern sky on the border of the constellations of the Keel and the Stern during a routine review to the Australian telescope network ISON. She has 18 magnitude and reach of Amateur telescopes,” – said the Russian astronomer, researcher of the Institute of applied mathematics. M. V. Keldysh Leonid Elenin.

According to the scientist, the telescope recorded the comet 5 Jan. “The same day I saw the picture and passed the information to the Central Bureau of astronomical telegrams and the minor planet Center at Harvard,” – said Elenin.

Later, the celestial body was given the designation C/2017 A3 (Elenin). The existence of the comet was confirmed by observatories located in Chile, Argentina, Brazil and Australia. At the moment the comet is at maximum brilliance, its size is still unclear, and for observation it is available only while the telescopes installed in the southern hemisphere.

Recall that for Elenin, which is a record among Russian astronomers on the number of open comet C/2017 A3 (Elenin) is the sixth comet and the first to be discovered using the developed software complex of management of remote observatories.