Astronomers again observe an exoplanet, similar to a comet 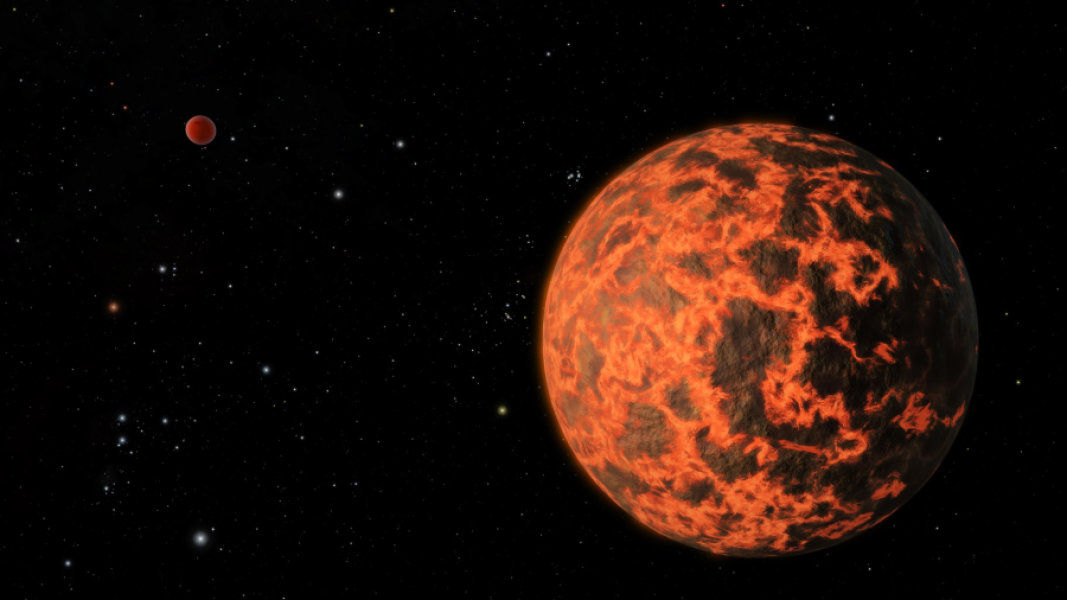 Astronomers from the University of Geneva, Switzerland, together with colleagues from other European countries, sent the Hubble Space Telescope (“Hubble”) to an exoplanet, whose observations once revealed the loss of an atmosphere that forms a giant cloud of hydrogen – which makes the planet look like a huge comet. In the early observations conducted in 2015, the researchers could not see the whole cloud, the shape of which was predicted by numerical models. Thanks to these new observations, however, scientists were able to finally confirm the initial predictions.

Exoplanet GJ 436b in size is close to Neptune (ie about 4 times larger than the Earth). In the UV range around this planet there is a giant cloud corresponding to a cloud of hydrogen leaving the planet under the influence of the powerful radiation of the parent star, from which the planet is at such a small distance that its orbital period around the parent star is no more than three days. This gas cloud intensively absorbs starlight in the UV range, so its individual fragments can be observed in pictures taken with the help of the Hubble Observatory.

In an early study in 2015, scientists led by David Ehrenreich, an associate professor at the University of Geneva, built a numerical model based on observational data to predict the shape and size of the entire hydrogen cloud surrounding the planet GJ 436b. According to these calculations, the cloud has the shape of a comet, the tail of which stretches for tens of millions of kilometers.

In a new scientific work, the team led by Baptiste Lavie, undergraduate at the University of Geneva, again sent the Hubble telescope lens to the planet GJ 436b and showed that the true shape of the cloud is consistent with the predictions made on the basis of this previously built computer model in all respects.

The explanation of this rare phenomenon will help to better understand the similar processes taking place, including in systems where the planets are located even closer to the parent star than the planet GJ 436b, commented Lavi.