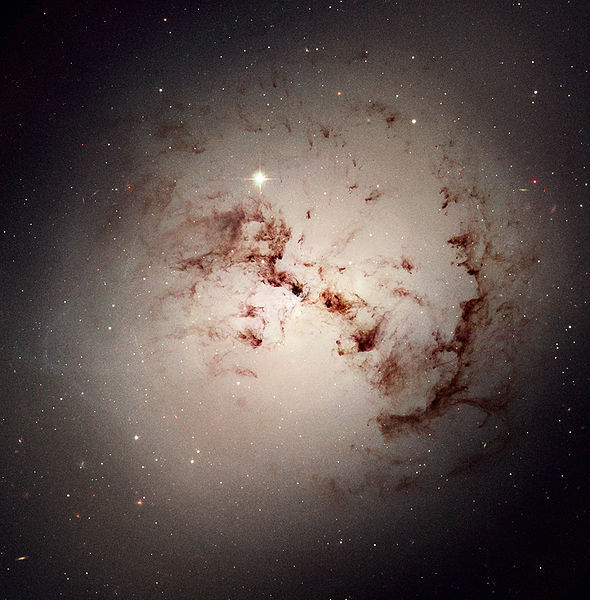 Astronomers studied a mysterious isolated cluster of star clusters, which received the designation SH2, which is located in the galaxy NGC 1316 (also known as Furnace A). These results provide valuable information about the nature of the studied complex.

Located approximately 62 million light-years from us in the constellation Stove, the NGC 1316 galaxy is one of the most vivid in the radio range sources in the sky, classified as a lenticular galaxy. While in this galaxy, mostly old stars and middle-aged stars predominate, the SH2 complex demonstrates an unexpectedly high level of formation of young stars.

This unusual isolated cluster of star clusters is located on the southern edge of the galaxy NGC 1316. This complex, having a ring morphology and an age of the order of 100 million years, includes about 100 young clusters of stars.

In a new study, a team of astronomers led by Tom Richtler from the University of Concepcion, Chile, conducted observations of the SH2 complex using the Visible MultiObject Spectrograph (VIMOS) tool installed on the Very Large Telescope of the European Southern Observatory.

The main hypothesis tested in this study was that the SH2 complex is a dwarf galaxy falling on the galaxy NGC 1316. The size of this object and a number of other characteristic features spoke in favor of this version.

However, the results of the observations, and in particular the data indicating the high metallicity of the SH2 complex, did not confirm the proposed assumption. Richter’s team now tends to believe that the SH2 object is a molecular cloud (which could have formed in a collision between galaxies about 2 billion years ago), in which roughly 100 million years ago the process of intense star formation began.