Astronomers are preparing to tell about the epoch-making discovery 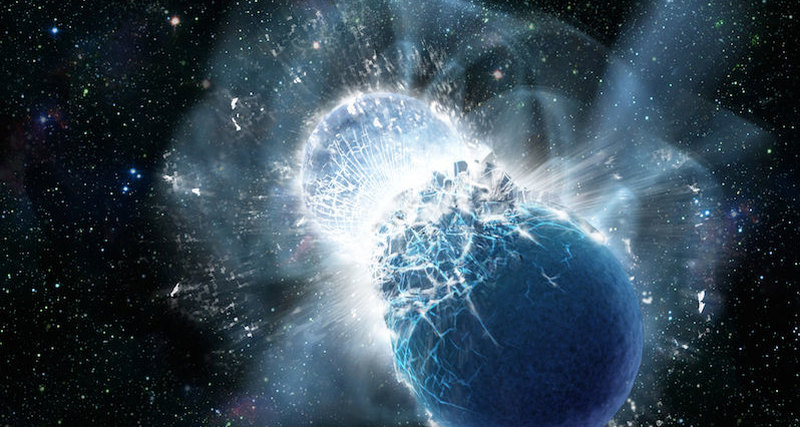 Rumors about what will be told on September 16 at a press conference in Garching-by-Munich, began to go as early as the end of August: then the LIGO / VIRGO collaborations published a report on the completion of the next series of experiments. Participants in both projects hinted in social networks about “stunning” results; At the same time, there was a suspicion that the last gravitational wave recorded by the LIGO and VIRGO observatories was not born as a result of merging black holes, like all the previous ones, but in the collision of neutron stars.

The basis for these guesses were the open observation data of the space telescopes Chandra and Hubble. During the operation of laser interferometers on Earth, these orbital telescopes were sent to the constellation Hydra; Perhaps they tried to register the electromagnetic radiation source of the gravitational wave. When at the beginning of the week the European Southern Observatory (ESO) announced the forthcoming press conference, which will tell about the “unprecedented event” and the discovery of a new astrophysical phenomenon, everyone who followed the history with LIGO / VIRGO and telescopes decided that it would go It is about this – about the source of gravitational waves, which simultaneously is the source of electromagnetic radiation.

To observe them, new instruments are needed – very sensitive laser interferometers. For the construction of the first of these (in the US) and the first-ever recording of a gravitational wave, the LIGO project leaders received a Nobel Prize in physics this year. Now at the disposal of astronomers there are already two such instruments: the second, VIRGO, is located in Europe and this year for the first time registered a gravity wave simultaneously with LIGO; with these tools a new, gravitational astronomy is born, and the ESO press conference on Saturday may be devoted to one of the first discoveries that would have been impossible without gravity measurements.

All the previous recorded gravitational waves (and there were three of them) came from the darkness: they were generated by the fusion of black holes. Probably, this time the gravitational wave was born as a result of another astronomical event – the collision of neutron stars; it should have generated oscillations of both gravitational and electromagnetic nature. We know little about what happens when neutron stars merge: facing each other, neutron stars give rise to a black hole, and immediately before the appearance of a black hole a magnetic field of colossal force arises; It is assumed that the energy is released mainly in the form of gamma radiation, therefore at a press conference, it is possible to present the results of observations of gamma-telescopes.

About what will be told at the press conference, we will tell at 5 pm Moscow time on Monday, October 16.