Astronomers are waiting for the perihelion of comet Johnson

The Johnson comet, also known as C / 2015 V2 (Johnson), is a long-period hyperbolic comet. It was opened in November 2015 with the help of a 0.68-meter Schmidt telescope in the framework of the Catalan sky survey. Her first discoverer was astronomer Jesse Johnson. 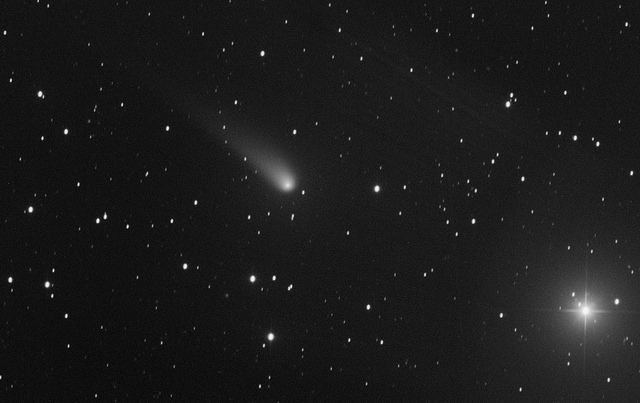 Photo of comet Johnson, made by astrophotographer John Pervis February 21, 2017

According to scientists. At the end of May 2017, we will have the opportunity to observe this comet with optical instruments, since the comet will be directed to the Sun and becomes brighter and brighter with each passing day. Perihelion of Comet C / 2015 V2 will be held on June 12, 2017. On this day Comet Johnson will be as close to our parent star as possible.

Photo of comet Johnson. Made by Japanese astrophotographer Hisaoshi Kato May 3, 2017