Astronomers called parameters of an orbit of the Planet X 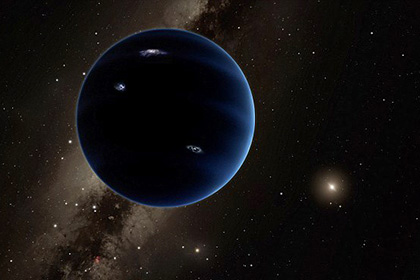 Astronomers from Yale University (USA) gave the estimates of parameters of a trajectory of the potential Planet of X.

The semimajor axis of an orbit of the Planet of X makes 654 astronomical units, an eccentricity (trajectory deviation parameter from a circle) — 0,45, an orbit inclination — 30 degrees. The celestial body, by estimates of scientists, is 6-12 times heavier than Earth.

Scientists came to the conclusions, having carried out computer model operation by a Monte-Carlo method. It allowed to monitor evolution of Solar system to its current state, considering presence of the Planet of X.

Outside an orbit of Pluto of a large celestial body scientists reported about possible detection in the middle of January, 2016. The potential ninth planet of system rotates around the Sun on the extended trajectory (and in an inclined plane concerning an orbit of Earth of the plane) with the period in 15 thousand years, and on the physical and chemical properties the Neptune reminds.