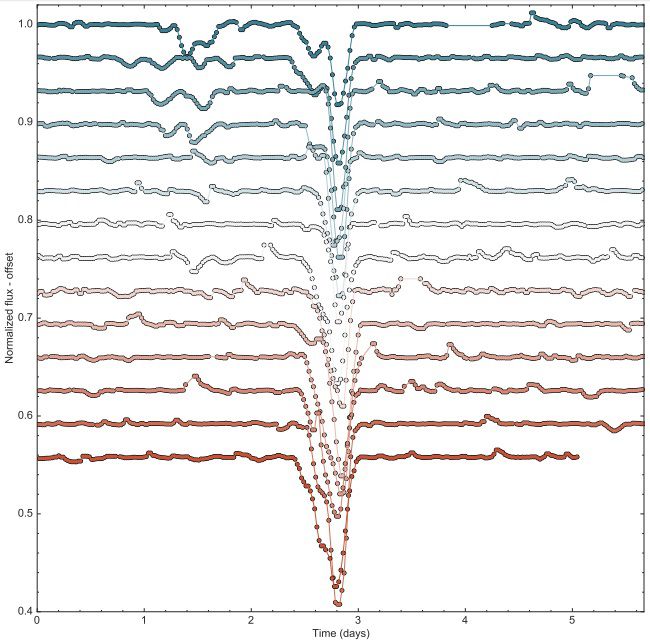 Astronomers have discovered a short, reminiscent of the transits of the event reducing the brightness of the young star called RIK-210, located at a distance of approximately 472 light-years from us in the OB-Association stars of the Upper Scorpius. The results of these observations surprised scientists, since the downturns in the brightness of stars could not be caused by eclipsing the star with a companion star or brown dwarf.

The age of the star RIK-210 is 5 to 10 million years it has a mass about half the mass of the Sun and a radius of about 1.24 solar radii. Observations of this star were carried out recently with the expanded mission of the space telescope NASA “Kepler”, known as K2. A team of researchers led by David Trevor (Trevor David) from the California Institute of technology, in the new work analyzed data collected as part of the mission K2.

The team has discovered a mysterious dimming of stars that occur with a period of approximately 5.67 day, which coincides with the period of rotation of the star. But researchers note that these drops are quite deep (sometimes more than 15 percent) and short in duration if you take them to the rotation period of the star. Moreover, the morphology of these recessions brightness was varied during the whole monitoring campaign, while the distribution pattern of sunspots on the surface of stars remained approximately constant during that interval.

In an attempt to explain these observations, the researchers first ruled out the hypothesis of the passage in front of the star from the companion star or brown dwarf, because this version did not correspond to the results of measurements of the radial velocity of the star, as well as archival and obtained additional observations of photometric data. According to the opinion of the members of the research group Trevor the most plausible version that explains these observations, it seems the Eclipse star magnetosphere plasma cloud, the rate of change is transmissive to the light of stars is much higher than the speed of rotation of stars around its axis.