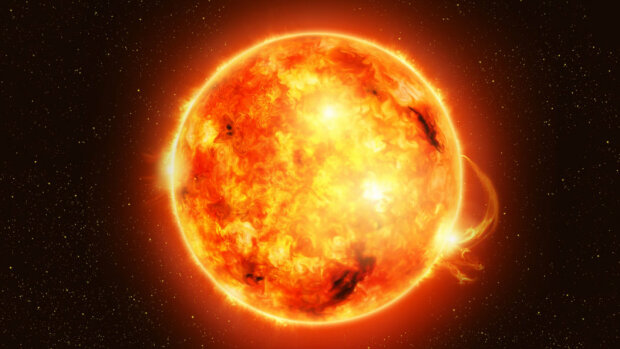 Astronomers tracked fluctuations in the brightness of almost four hundred sun-like stars and found that their level of flare activity was significantly higher than that of the Sun. This was announced on Thursday by the press service of the Institute for the Study of the Solar System (MPS) in Gottingen, citing an article in the journal Science.

“We were very surprised that most of the stars, similar to the Sun in properties and sizes, are markedly higher in activity than our star. At the same time, we admit that there are no such differences. In this case, in the latter For 9 thousand years, our luminary was unusually “silent”, which the theory allows, “said Alexander Shapiro, an astrophysicist at the Institute for the Study of the Solar System in Göttingen (Germany), whose words are quoted by the MPS press service.

Astronomers have long known that flashes periodically occur on the Sun, during which the luminosity sharply releases a huge amount of energy in the form of waves of visible light, heat and X-rays. Powerful events of this kind can disrupt the operation of satellites in orbit and interfere with radio communication systems on Earth, as well as threaten the health of astronauts.

The largest solar flare in the history of mankind occurred in 1859 during the so-called “Carrington event”. It generated approximately 10 yojoules (10 to 25 degrees) of energy and was ten times greater than the meteorite that destroyed dinosaurs and marine reptiles at the end of the Mesozoic era.

Astronomers have long been interested in how often such powerful flashes occur on stars similar to the Sun, as well as on other types of luminaries around which planets, similar to the Earth in size and properties, revolve. The answers to both of these questions are extremely important both for predicting the future of humanity and for the search for extraterrestrial life.

Eternal calm in the sun
Shapiro and his colleagues revealed a new unusual and supposedly unique feature of the Sun. They observed fluctuations in the brightness of 369 stars distant from us, which were constantly monitored by the GAIA orbital observatory or studied the Kepler telescope in the past.

Fluctuations in the brightness of stars, as scientists explain, reflect how many spots exist on their surface at any given moment in time. In turn, their number on the Sun and other stars is directly related to how often flashes appear on their surface and other forms of activity arise. As a rule, the fewer spots on the surface of the luminary, the less powerful flashes and ejections of coronal matter occur.

It turned out that the number of sunspots on the Sun remains almost unchanged compared to stars of similar sizes and masses, which Kepler and GAIA have been continuously observing for about four years. For comparison, the brightness of the Sun on average increased and decreased by 0.07%, while for most other stars this indicator was approximately five times higher.

In practice, this means that the Sun is characterized by a much calmer character than the character of other stars of similar sizes, mass, temperature and brightness. Moreover, an analysis of the fractions of beryllium and carbon isotopes in tree rings and ice deposits in Greenland shows that the Sun has been behaving this way for at least 9 thousand years.

On the one hand, scientists admit that such a lull on the Sun is only temporary, although long-term, by the standards of mankind. However, they do not exclude the fact that it can have a permanent character. This assumption is due to the fact that the magnetic activity of sun-like stars should sharply decrease at that moment in time when their rotation speed drops to a certain point and their bowels are sharply rebuilt.

Something similar could have happened recently to the Sun. This would explain the differences in the frequency of the appearance of spots compared to other stars, as well as why in recent years there has been an unusual lull in our star, even by its standards, the authors conclude.