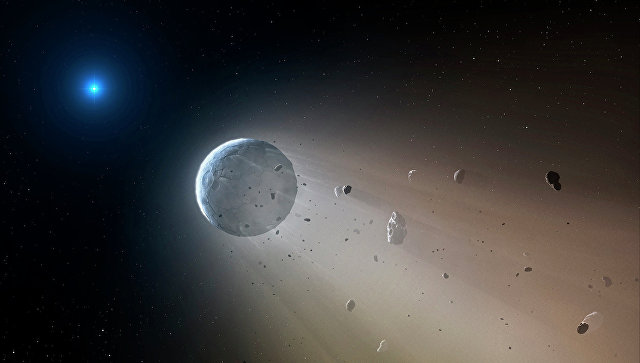 The European stargazer GAIA counted the number of white dwarfs in the immediate vicinity of the Sun and found hints that a quarter of them arose as a result of the merger of two other “dead stars”, previously considered a relatively rare event.

“The supernovae of the first type, resulting from the confluence of white dwarfs, have already helped us to find out that the universe is expanding with acceleration.” Despite this, we still do not know exactly where and how these flares are born, and how white dwarf pairs are formed. the traces of mergers of white dwarfs will help us to assess how often and where they arise, “says Mukremin Kilic of the University of Oklahoma in Norman, USA.

White dwarfs call the remains of old “burnt out” stars of small mass, devoid of their own sources of energy. White dwarfs appear at the final stage of the evolution of stars with a mass not exceeding solar by more than 10 times. Ultimately, our luminary will turn into a white dwarf.

Such “dead stars” are of interest to astrophysicists for several reasons. First, they are the progenitors of the supernovae of the first type, which make it possible to estimate the distances in space very accurately, and secondly, they consist of exotic superdense matter, the properties and structure of which scientists do not yet fully understand.

And finally, thanks to very long lifetimes, white dwarfs can be used as a kind of “fossils” that allow astronomers to learn what our Galaxy or its neighbors looked like in the distant past.

For this, as Kilich notes, it is necessary to know one important thing – the exact distance to white dwarfs and their total number. The first is necessary for an accurate assessment of their size and luminosity, and the second is for understanding the conditions under which they could arise.

Both of these problems can be solved by the GAIA probe – a European probe launched in 2013 specifically to determine the exact position and brightness of more than a billion stars of the Milky Way.

In April of this year, the GAIA scientific team published the first preliminary catalog of data containing the coordinates and descriptions of a part of these luminaries. This was used by Kilic and his colleagues to assess how many white dwarfs live in the nearest 300 light years from the Sun.

As it turned out, our star is surrounded by a lot of “dead stars” – 13928 white dwarfs, some of which live in pairs with normal luminaries or other compact objects. Thanks to this, as noted by Kilic, the number of known “dead stars” in the vicinity of our planet has grown by 30 times.

Carrying out a similar “census of the population,” astronomers noticed something unusual – it turned out that among them there were unusually many heavy luminaries close in mass to the Sun. In addition, the number of pairs of white dwarfs was much lower than expected by scientists.

Both, according to Kilic and his colleagues, are explained by the same thing – white dwarfs merge with each other much more often than we are used to believe. As it happens, it is not yet clear, but the disclosure of the mechanism of their unification can radically change the picture of the evolution of stars and our ideas about how often explosions of supernovae of the first type occur.