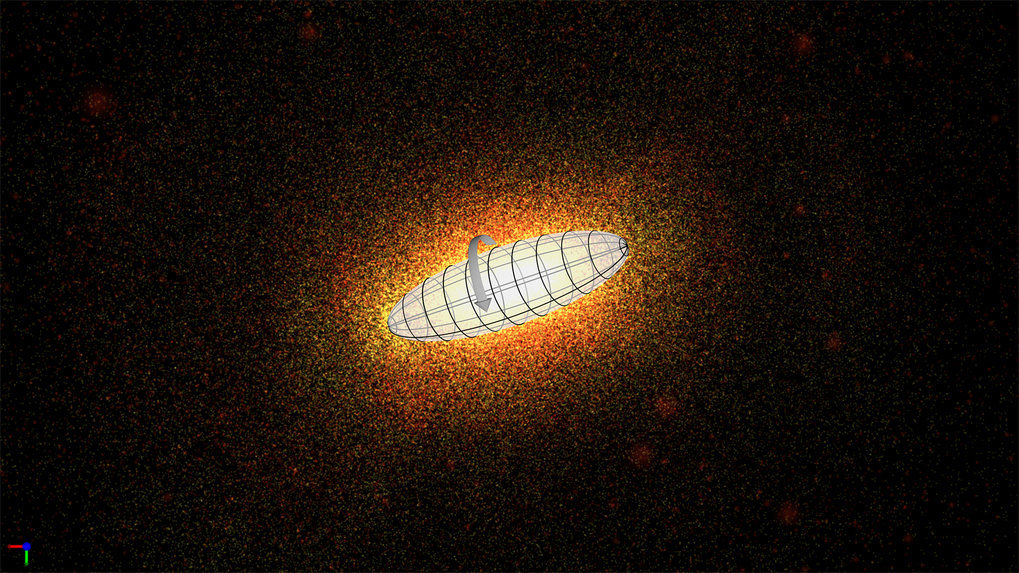 We used to imagine galaxies as majestic, rotating discs. However, in a new study by Athanasia Tsatsi from the Max Planck Institute for Astronomy in Germany, together with colleagues, with the help of a sky survey, CALIFA showed that galaxies resembling spindles are also relatively common in the universe. These new data allowed astronomers to create a model for the formation of these galaxies as a result of the collision of two spiral galaxies.

In this new study, Tsatsi’s team discovered eight new spindle-type galaxies, which actually doubled the number of known galaxies of this type – so far only 12 of these galaxies have been known to researchers. “Space spindles” were much more widely distributed in the universe than previously thought.

Due to the high quality of the observational data obtained, scientists were able to recreate the mechanism of formation of these “space spindles”. In the general case, galaxies grow due to mergers with other galaxies. This happened in the case of the Milky Way, which grew due to the addition of smaller galaxies in size. In order to form a spindle-type galaxy, it is necessary that two large disk galaxies collide at a certain angle (see animation).

When galaxies begin to interact through gravity, one of them forms a jumper – an elongated structure located near the center. This jumper forms the longitudinal axis of the “cigar”, around which the stars of the two combined galaxies revolve.

These results will soon be published in the journal Astronomy & Astrophysics and are already available at arxiv.org.