Astronomers examined iron clouds in the atmosphere of a distant exoplanet 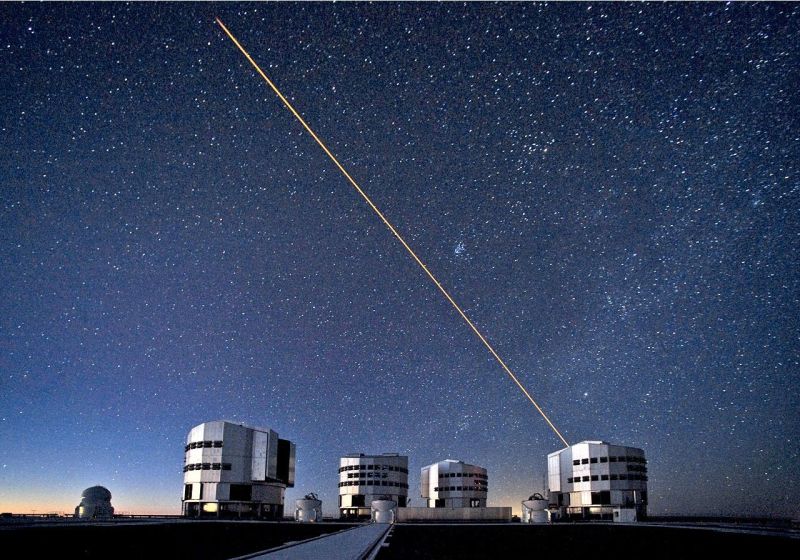 The young atmosphere of the gas giant HR8799e surprised scientists: it was filled with carbon monoxide gas, in which a global hurricane was raging, carrying clouds of iron and silicate particles.

The new GRAVITY instrument installed on the VLTI large-scale interferometer made its first observations and immediately demonstrated amazing capabilities. The results of this work are presented in a report published in the journal Astronomy & Astrophysics: the installation revealed a lot of amazing details of the atmosphere of the planet HR8799e with its iron clouds and silicon hurricanes.

The exoplanet HR8799e was discovered in 2010 – at the star of the main sequence HR8799, located in the constellation Pegasus, 129 light-years from Earth. However, observations using interferometry made it possible to detect a mass of new unknown details on the planet. For this, four large optical telescopes of the VLT observatory were combined into a system that replaces one much larger telescope — in this case with a mirror up to 130 meters in diameter.

Some time ago, the VLTI interferometer was supplemented with the GRAVITY instrument for more subtle observations of dim celestial bodies. These modifications allowed to consider the HR8799e – a gas giant, more massive, hot and young than the familiar Jupiter. According to scientists, it appeared only about 30 million years ago, and the temperature on it still holds above 1000 ° C. The interferometer received a detailed spectrum of the HR8799e atmosphere, and it turned out to be very exotic.

Contrary to the expectations of planetary scientists, the “air” HR8799e contains much more carbon monoxide II (carbon monoxide) than ordinary methane. This gas is able to interact with hydrogen, giving water and methane, but on HR8799e they apparently do not mix well due to the powerful vertical wind currents. Clouds of iron and silicon-containing (silicate) dust are also observed in the atmosphere. All this together, according to scientists, points to a constant, global and mighty hurricane encompassing the entire atmosphere of HR8799e. “Convection currents hover around the silicate and iron clouds,” says one of the authors of the work, “they break up and precipitate closer to the center of the planet.”