Astronomers examined the atmosphere of Saturn 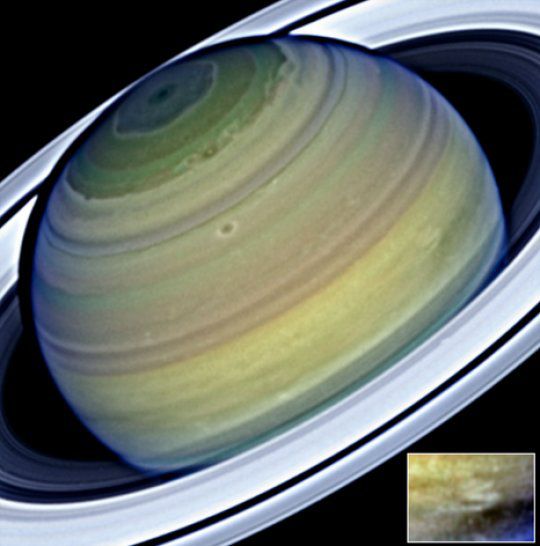 The atmosphere of the giant planet Saturn, consisting mainly of hydrogen, has a broader and more intense jet stream, compared to the other planets of the Solar system. Winds blowing with the speed of 1650 miles per hour from West to East in the atmosphere over the equator, surpass the most devastating hurricane recorded on Earth, thirteen times.

It’s a giant high-altitude jet stream stretches for 70,000 kilometres from North to South, which is about five Earth diameters. Still was not proposed theories that can explain the nature of this gas flow or the supply of its energy sources.

In June last year a team of researchers led by agustín sánchez-Lavega (Agustín Sánchez-Lavega) from the University of the Basque Country, Spain, opened the presence at the equator of Saturn’s white spot moving at a speed of about 1600 kilometers per hour, not recorded on the planet since the 1980s.

Studying the movement of this spot with an space telescope “Hubble”, the researchers were able to find out new details about the structure of the Equatorial jet stream on Saturn. So, the researchers learned that the wind speed in this current changes according to altitude, accounting for only 1100 kilometers per hour in the upper atmosphere, but increasing to 1650 kilometers per hour at a depth of approximately 150 kilometers.

Another interesting observation is that the speed of the wind blowing in the depth of the atmosphere remains nearly constant during a long period of time, while the speed of the winds blowing in the upper layers of Saturn’s atmosphere varies greatly with the seasonal cycle of insolation Saturn, and their intensity increases with the shading of the equator of Saturn is its rings.