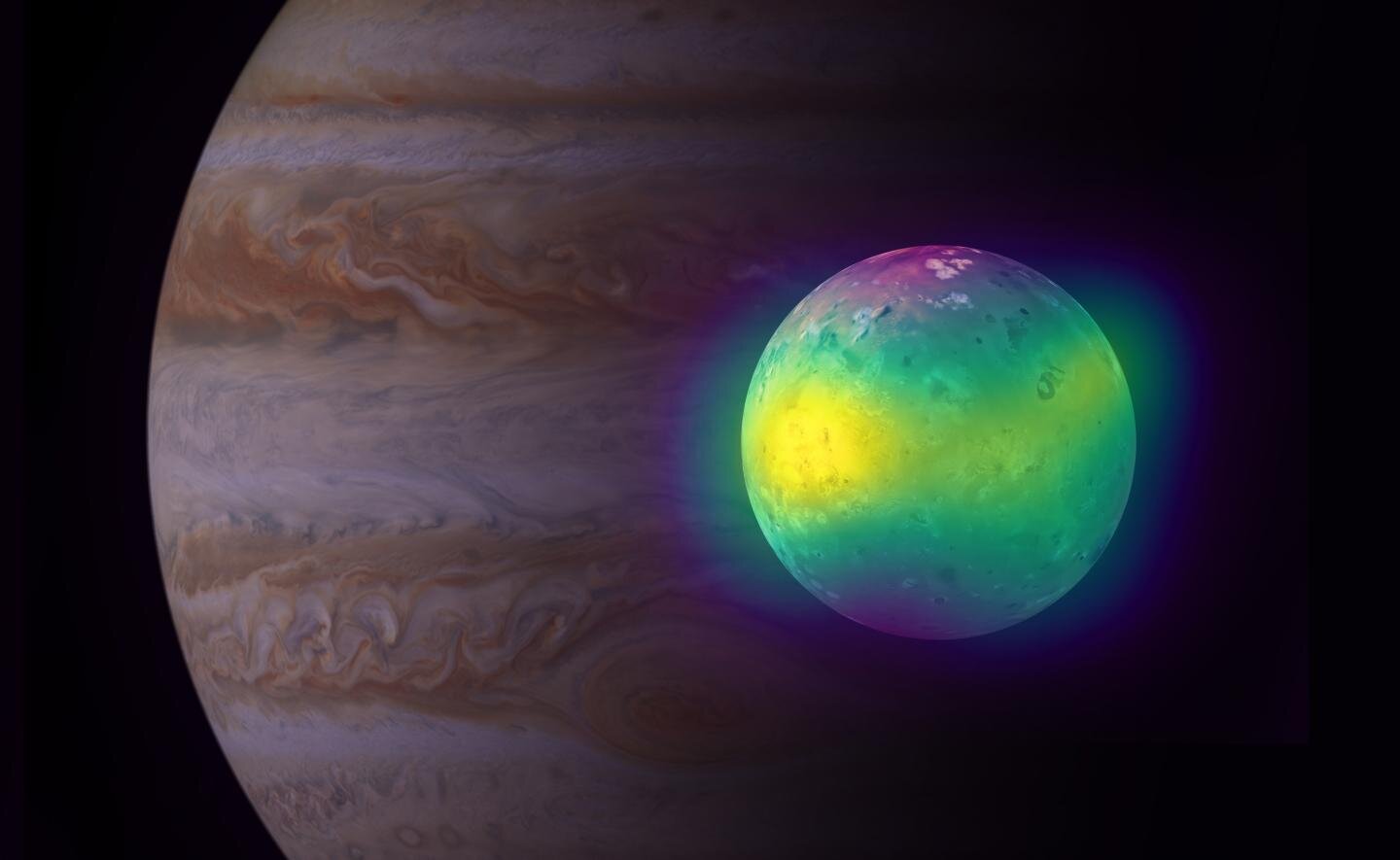 Observations have shown that Io’s tenuous atmosphere is filled with sulfurous gases that rise from volcanoes and evaporate from the icy surface of Jupiter’s moon.

Jupiter’s moon Io is the most volcanically active body in the entire solar system. Its surface area is 10-12 times less than that of the Earth, but there are more than 400 active volcanoes on it. They constantly emit sulfurous gases, most of which quickly freeze, giving the satellite’s icy crust a yellowish-red hue.

Io’s atmosphere is extremely rarefied and dominated by the same sulfur oxides. Of course, the source of these gases is volcanoes, but until now it was unclear exactly how they get here: directly or first they freeze and then sublimate (evaporate, bypassing the liquid phase, directly from the ice) from the satellite’s surface. To find out, a group of American astronomers made additional observations of Io with ALMA ground-based radio telescopes. Their article has been accepted for publication in the Planetary Science Journal and presented in the open online preprint library arXiv.org. 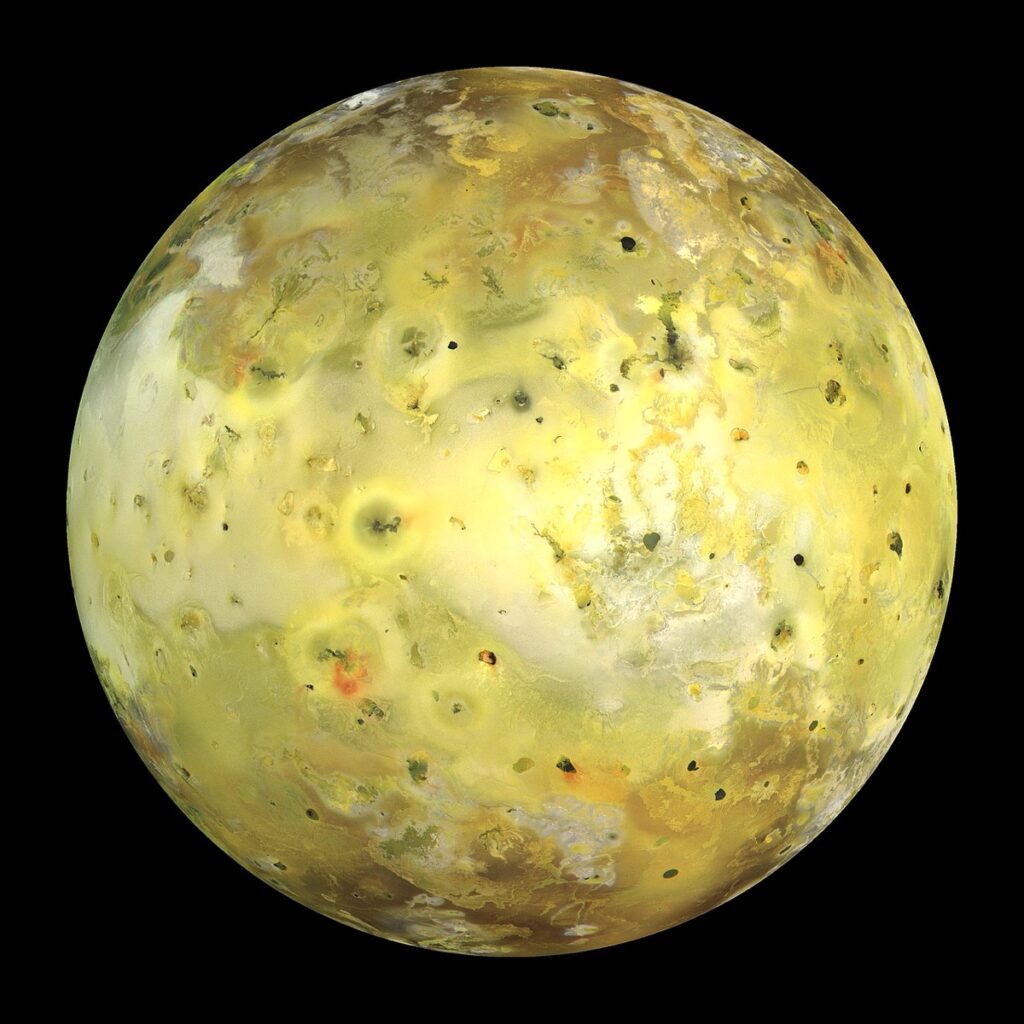 The presence of sulfur on the surface of Io is evident from its yellow-orange tones / © NASA, JPL, University of Arizona

Scientists obtained images of the satellite in direct sunlight, as well as during its passage in the shadow of Jupiter, when it becomes especially cold here and the sublimation of frozen sulfurous substances is impossible. This made it possible to distinguish the contribution of different processes to the atmosphere of Io and show that from 30 to 50 percent of all sulfur mono- and dioxide comes here directly from volcanic emissions, and the rest sublimates. During periods of illumination, the flow of gases turns out to be two to three times more intense than during periods of “eclipses”.

When the satellite passed in the shadow of the planet, one could see gas plumes rising from volcanoes. Interestingly, in the composition of some of them, neither SO nor SO2 was found: they consist mainly of potassium chloride. According to astronomers, this indicates that the different volcanoes of Io are powered by different magma reservoirs, heated by tidal energy, which is created by the gravity of Jupiter and neighboring large satellites.