Astronomers find 17 candidates for the role of the Ninth planet 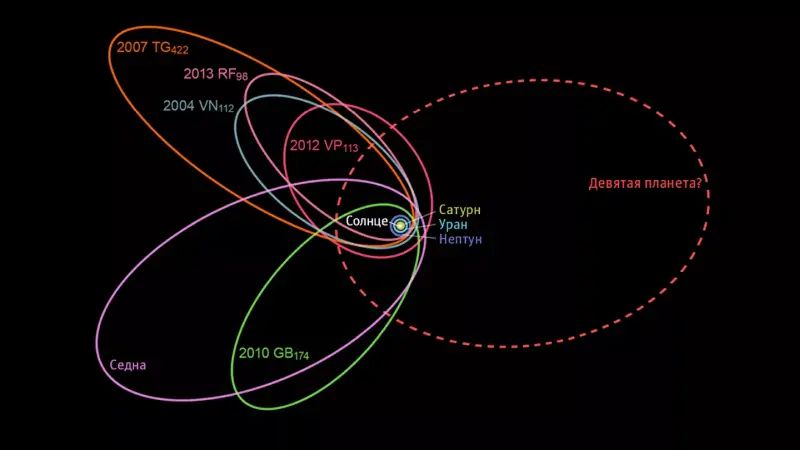 American astronomers, using a new method of processing space observations, have identified 17 orbital objects on the outskirts of the solar system, which can claim the role of the Ninth Planet. The research results are accepted for publication in The Planetary Science Journal.

Many astronomers believe that the peculiarities of the location and orbits of trans-Neptunian objects in the Kuiper belt can only be explained by the presence of a balancing, rotating at a very large distance from the Sun – 250 astronomical units or more – an unknown planet with a mass of 5-10 times the Earth.

It is clear that it is extremely difficult to see reflected light from a dark object located about 12-23 times farther from the Sun than Pluto. Therefore, scientists are constantly coming up with new methods that would allow them to detect traces of the Ninth planet.

Yale astronomers Malena Rice and Gregory Laughlin used shear and overlay to do this. They developed a program that moved thousands of images from the TESS space telescope along predetermined potential orbital trajectories, like moving a camera while taking a panorama, and then stack these images, combining the faint light of distant objects.

The shift and overlay method was originally developed to discover new satellites of the planets in the solar system. The authors used this technology for the first time to study the vast area on its outskirts. The use of data from the TESS (Transiting Exoplanet Survey Satellite) space telescope, designed to search for exoplanets by the transit method, has also become unusual.

The researchers first tested the method by successfully searching for the light signals of three known trans-Neptunian objects. They then blindly searched two sectors in the outer solar system for previously undetected Kuiper belt objects and identified 17 moving objects as candidates for Planet Nine.

“If at least one of these candidate objects turns out to be real, it will help us better understand the dynamics of the outer solar system and the likely properties of the Ninth planet,” Malena Rice said in a press release from Yale University. “This is interesting new information.”

“This area of ​​space is almost unexplored,” continues Gregory Laughlin. “We have to follow every clue.”

The authors believe that the successful use of the shear and overlay method for two specific regions will pave the way for a larger study of the outer solar system, making it even more likely to discover a new planet.

Rice said she remains “agnostic” about the existence of Planet Nine and wants to focus only on data. “But it would be great,” says the scientist, “if she were still out there somewhere.”

Researchers have now begun testing each of the 17 candidates using ground-based telescopes.