Astronomers first photographed a guest from outside the solar system 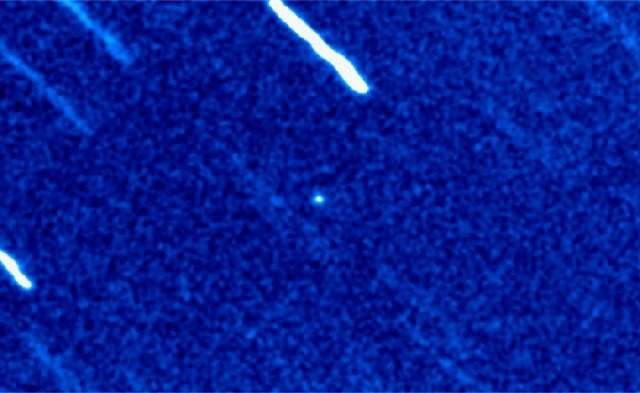 A group of scientists from the United Kingdom, the United States and Chile, led by Professor Alan Fitzsimmons from the University of Queens in Belfast, began to study a new “guest” of our solar system – the first known comet or asteroid to come from another star.

Moving at a huge speed, the object, called A / 2017 U1, was first discovered on October 18 by the Pan-STARRS 1 telescope system in Hawaii, the portal Phys.org reports.

The initial data give scientists reason to believe that the A / 2017 U1 is a small rocky or icy object that drifted through the galaxy millions or even billions of years before reaching the solar system. Last month, this object approached the Sun, and now returns to the stars.

Astronomers believe that A / 2017 U1 was probably thrown out of another stellar system during the formation of the planets. It is believed that a similar process unfolded around 4.5 billion years ago around our own star, when Jupiter and Saturn were formed.

Despite the fact that the existence of similar objects was supposed to be earlier, till now the scientists had no documentary evidence of such interstellar guest. Now the team of Professor Fitzsimmons managed to get very clear images of an unusual object and to receive information about its possible chemical composition.

To determine exactly where the given object came from and what its physical and chemical properties are, scientists need more information. Fortunately, the A / 2017 U1 can be seen in powerful telescopes for a few more weeks, so scientists plan to continue research.