Astronomers first saw the birth of a double neutron star 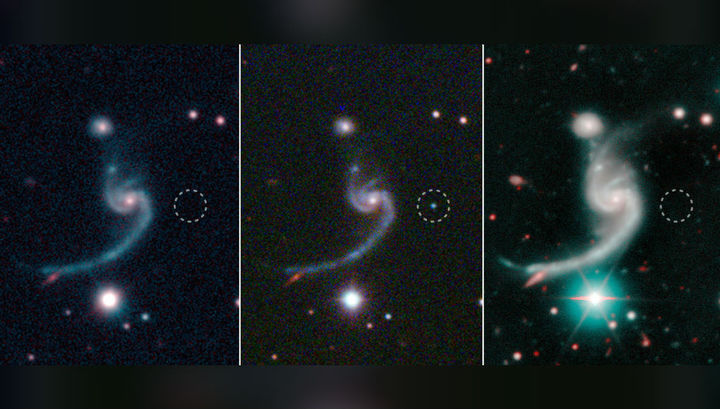 Scientists first observed the formation of a binary system of neutron stars. An abnormally weak supernova explosion led to the birth of a pair, which in the future could die in a merger, causing a surge of gravitational waves.

The achievement is described by a scientific article published in the journal Science by a large international group of astronomers.

An unusual explosion, designated iPTF 14gqr, was seen in the iPTF survey, specifically designed to search for supernovae and other flare events. Astronomers have observed the development of a flash since the first hours of its appearance. When, due to the rotation of the Earth, the desired point disappeared over the horizon, other telescopes picked up the baton.

Observers determined that before them a supernova explosion class Ic. Such a flash, like the supernovae of almost all other classes, with the exception of Ia, occurs when the core of a massive star explodes at the final stages of its existence.

As supernovae, only the cores of stars with a mass of at least eight suns explode. However, this time the mass of the ejected substance was only 0.2 solar, which is very interesting for astronomers. Estimation of the kinetic energy of the scattering matter also showed that it is surprisingly small for such events (although by earthly standards one cannot call a figure of 2 × 1043 joules modest).

Initially, the star was massive, otherwise it would never have flashed as a supernova. However, by the time of the explosion, most of its substance was somehow lost.

Astronomers know only one realistic mechanism for such a loss: “cannibalism” by a companion in a binary system. The gravity of such a partner pulls the matter towards it, and the star “loses weight.” A white dwarf, a black hole, or a neutron star can act as such a predator. Having made the calculations, the authors stopped at the second version.

But even after the explosion of iPTF 14gqr, a neutron star should be formed. Thus, a double system of these objects is obtained. At the same time, it is so tight that the “friends” will sooner or later collide, creating a flash and a surge of gravitational waves. Astronomers have so far observed this “accident” only once.

This is the first time that astronomers have directly observed the birth of a double neutron star. Until now, there was no complete clarity on the question of where such objects come from.