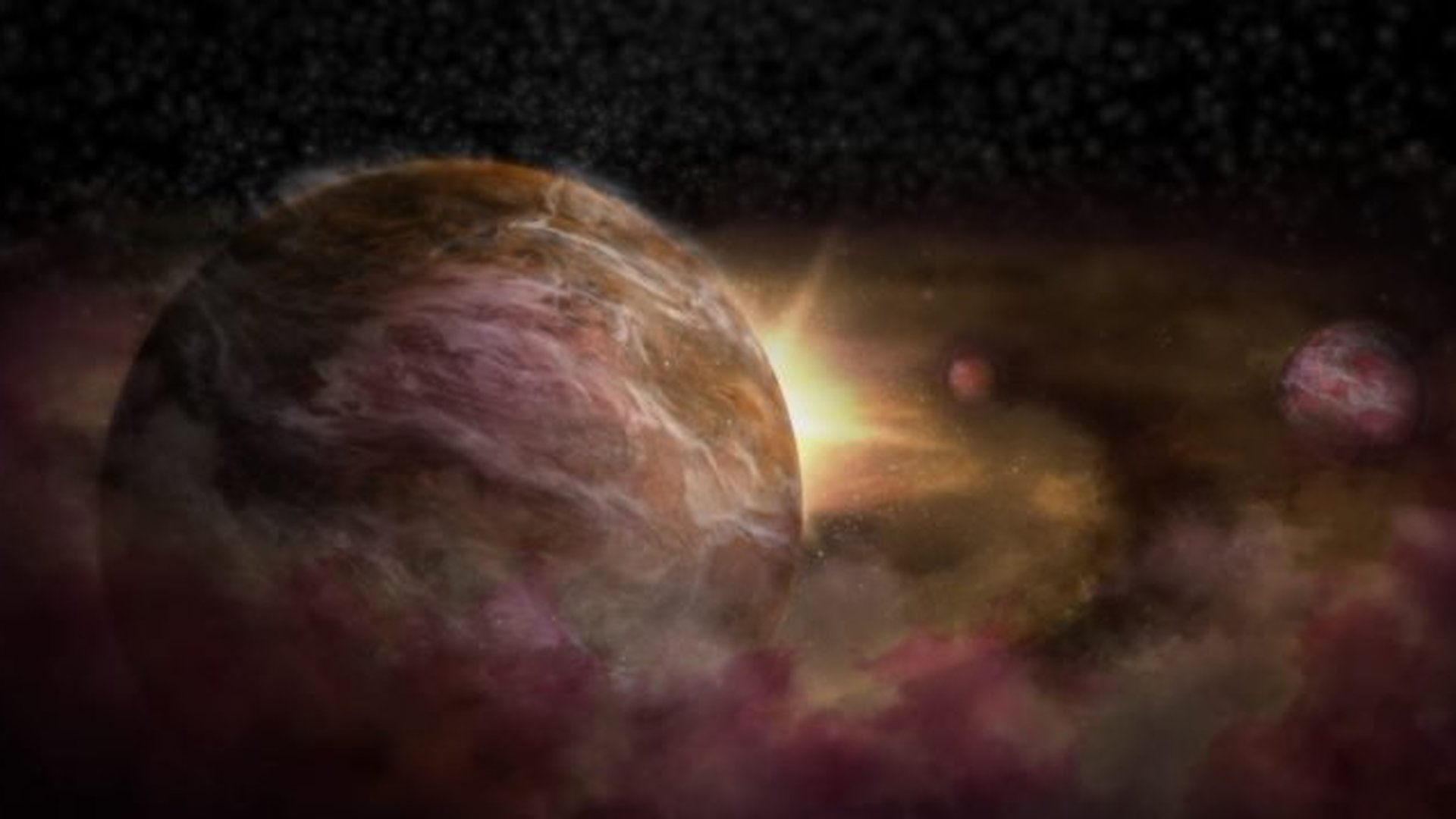 The largest telescope in the world allowed to see the picture, which a few years ago it was impossible to dream. Scientists have observed a cloud of matter surrounding the newborn planet, from which its satellites are likely to form.

The discovery is reported by a scientific article published in the Astrophysical Journal Letters edition by an international group of researchers.

New and increasingly sophisticated astronomical instruments give mankind one grand discovery after another. Some 30 years ago, not a single planet was known outside the solar system, and now more than four thousand of them have been found, and almost every week new ones are being discovered. Some time ago it was impossible to imagine that people would receive the first direct images of exoplanets (albeit, so far only in infrared rays). And most recently, experts for the first time “photographed” a protoplanet, that is, a planet at the stage of formation.

This “newborn” is called PDS 70b and is located 320 light-years from Earth in the constellation Centauri. Her recent observations with the largest telescope in the world, the VLT, have brought a new and exciting discovery. There is a cloud of substance around PDS 70b, which is likely to be the building material for its future satellites.

Such a structure in English is called the circumplanetary disk, which can be translated as “near-planet disk”. Theorists have long believed that the satellites of giant planets are formed from such disks. This is similar to the formation of the planets themselves from a protoplanetary disk around a star. (Thus, the systems of Jupiter or Saturn resemble the solar system in miniature, not only with its present appearance, but, presumably, with its history.)

For decades, astronomers built models of satellite formation from near-planet disks. But no observational evidence that such discs exist at all, was not until very recently, when the most powerful modern tools came into operation.

“We found the first evidence of a disk of gas and dust around [protoplanets], known as a near-planet disk,” says the first author of the article, Valentin Christiaens from Monash University in Australia. born in such a disk, so our work helps explain how the planets [and their satellites] were formed in our solar system. ” 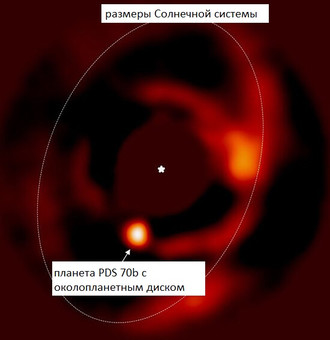 “The algorithm we developed can be used to extract weak signals from other complex data sets,” says Christians.

It should be emphasized that astronomers have discovered only the circumplanetary disk itself. The fact that satellites are formed from it follows only from theoretical models. To see the moons themselves PDS 70b technology still does not allow. In general, no satellite has been reliably detected in any of the exoplanets. Although the first applicants are already there.

Observations also helped redefine the characteristics of the protoplanets themselves. According to the calculations of the authors, it is about ten times greater in mass than Jupiter, and 1.6 times in radius. Gravity on the surface is ten thousand times greater than that on Earth, and the temperature is 1200–1300 ° C. Perhaps in the atmosphere of the planet there is a continuous layer of clouds.

All these parameters are not unique. Astronomers are known and much more massive (up to 80 Jupiter), and much hotter planets.

The uniqueness of the PDS 70b is that it is the first protoplanet for which a direct image has been obtained, and now the first in which a near-planet disk has been found.

“Our research helps us understand how our solar system originated, which is 4.6 billion years old, and how we got here,” concludes Christians.