Astronomers for the first time dated an object of Hoga 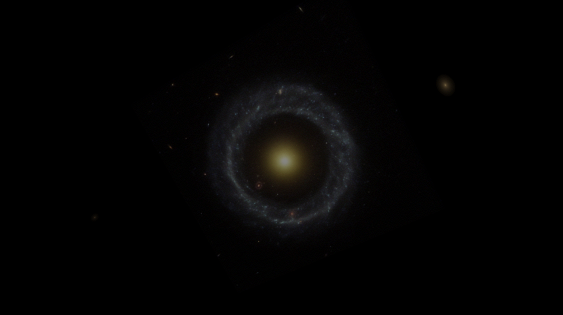 Object of Hoga represents type of ring-shaped galaxies, because of structural features similar to planetary fogs. As such objects meet extremely seldom (less than 0,1 percent of observed galaxies), their studying is complicated. So, the precise mechanism of their formation is unknown, besides, still not clear were details of their device.

For this purpose scientists from University of Minnesota in Duluth and the Museum of natural sciences of the State of North Carolina used the pictures of a ring-shaped galaxy of PGC 1000714 made the telescope in Chile in the multiwave range. PGC 1000714 is located in 359 million light years from Earth, it consists of the elliptic core surrounded with two round rings. 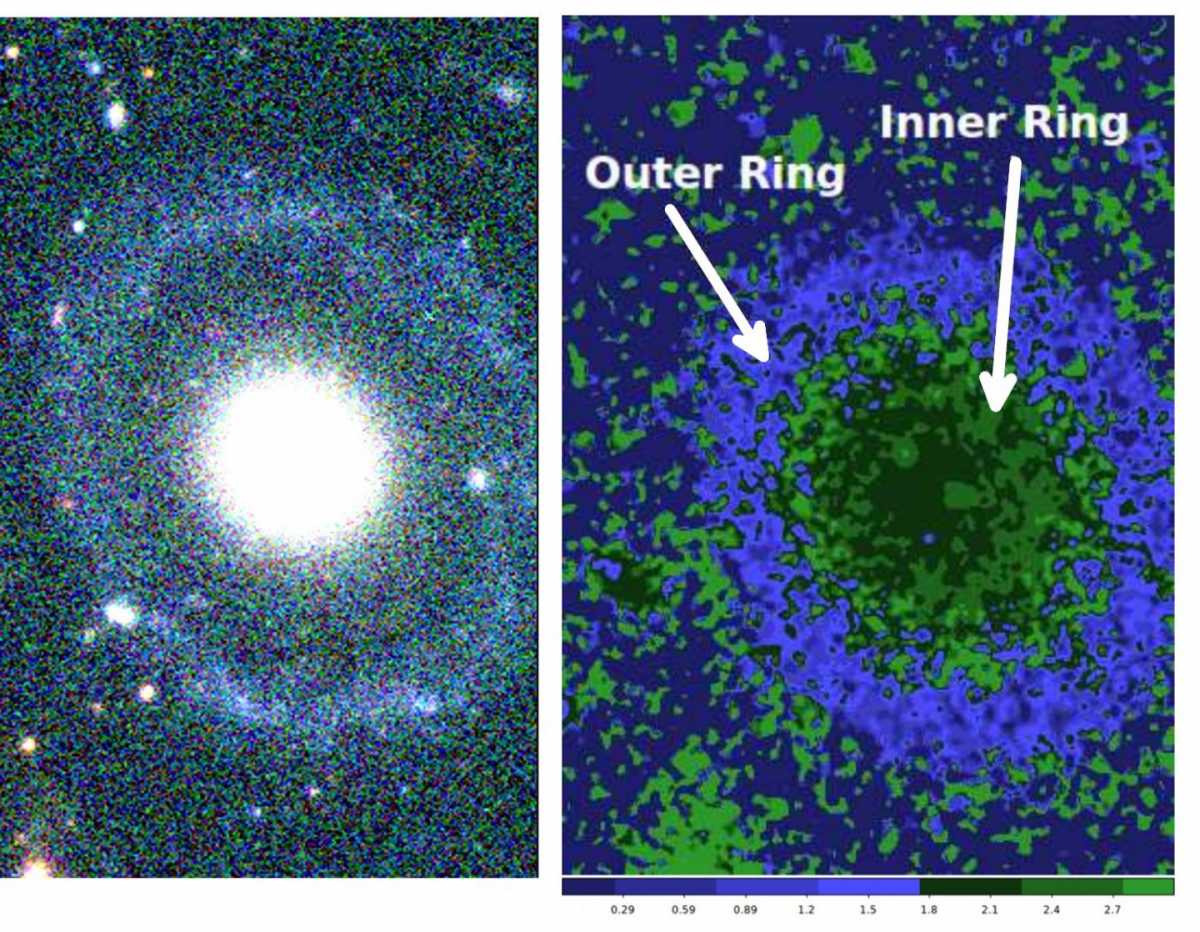 The analysis allowed authors to define an age of each ring. Scientists estimated an age of younger external ring of blue color at 130 million years, more ancient internal ring of red color — at 5,5 billion years. According to scientists, such structure indicates that formation of PGC 1000714 took place in two stages which details, however, are unknown.

According to the assumption of researchers, the external ring of a galaxy could be formed owing to absorption of the dwarf galaxy which is once located nearby. In turn, more ancient internal ring of PGC 1000714 is very dispelled that is unusual to similar objects. Clearing of history of a galaxy will demand receiving pictures more high-res.