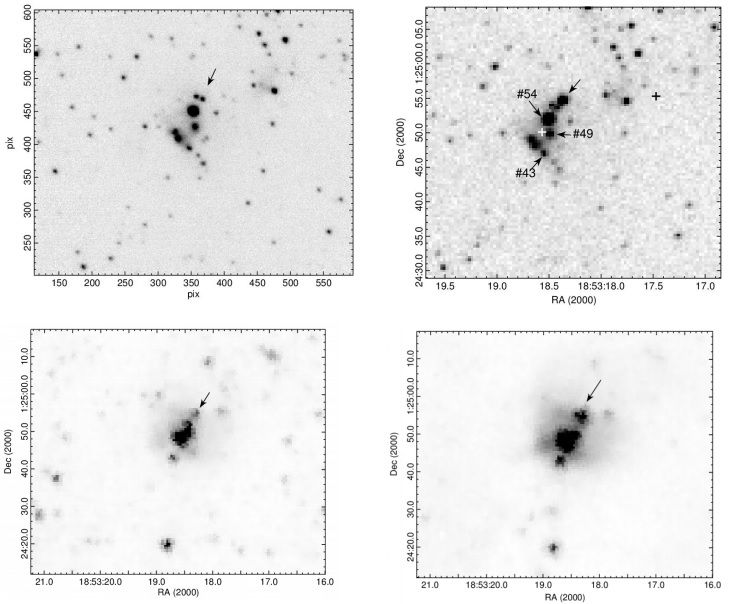 Object UKIDSS-J185318.36+012454.5 is located in the neighborhood of a source of IRAS 18507+0121 and probably belongs to large zvezdoobrazovatelny area, the bound to the GAL 034.4+00.23 HII area. This object is apart not less than 5000 light years from Earth, and in its vicinities there are large protostars an age about 100000 years, and also population of stars of smaller masses which age makes about 1 million years. This star object was classified as YSO of average weight and an age less than 100000 years.

The other day team of researchers led by Elena Nikogosyan, having analysed the data and pictures received by means of the United Kingdom Infrared Telescope telescope (UKIRT) which is in Hawaii found the flash on an object UKIDSS-J185318.36+012454.5 which happened during the period from 2004 to 2006.

According to authors of work amplitude of flash made at least five units of star size. An object remained at this new level of brightness till 2014.

Flashes on so young star objects are very infrequent events, as causes importance of this opening. As an explanation of so potent flash in the Infrared range authors of a research considered several physical mechanisms, including rotation, hot or cold spots on a star and some other mechanisms, however emphasize that all these mechanisms result only in near-term variability which amplitude does not exceed one unit of star size in To range. Thus, at the moment the satisfactory explanation of results of observations Nikogosyan is not available for team, and scientists plan continuation of the researches directed to comprehension of the nature of this mysterious star object.