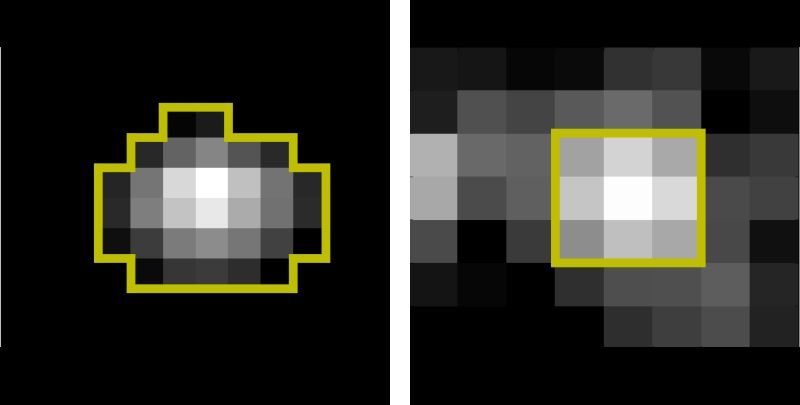 Astronomers found two huge gas exoplanets which received the designations K2-60b and EPIC 216468514b and characterized their fundamental parameters. These planets were for the first time noticed by means of the space telescope of NASA of Kepler, and their planetary nature was confirmed with the subsequent spectroscopical observations.

This opening was made by the international team of astronomers under the leadership of Philipp Eigmüller of the German space center of Institute of researches of planets. These scientists united the data collected by means of an expanded mission of the Kepler space telescope under the name K2 and the spectroscopical observations made by means of an echelle grating spectrograph of FIbrefed Echelle Spectrograph (FIES) established on the Northern optical telescope and HARPS-N spectrograph which is a part of an inventory of the Telescopio Nazionale Galileo (TNG) telescope. Both of these telescopes are a part of observatory of Roque – los-Muchachos, located on the Canary Islands.

According to this research K2-60b represents the subyupiteriansky exoplanet with a radius about 0,68 radiuses of Jupiter and weight, for 58 percent smaller, in comparison with the largest planet of our Solar system. The planet of EPIC 216468514b has radius, approximately for 44 percent the exceeding radius of Jupiter, and weight approximately in 0,84 yupiteriansky weights. It should be noted that orbits of both planets around a parental star are characterized by the short orbital periods – components respectively 3 and 3,31 days.

Scientists specify that K2-60b represents one of the few planets which are on the edge of so-called “desert” the korotkoperiodicheskikh of planets the subyupiterianskikh of the sizes while EPIC 216468514b is highly the “inflated” planet the yupiterianskikh of the sizes addressing around the pro-evolving star which will soon leave the main sequence.