Astronomers get the most detailed images of the sun’s surface 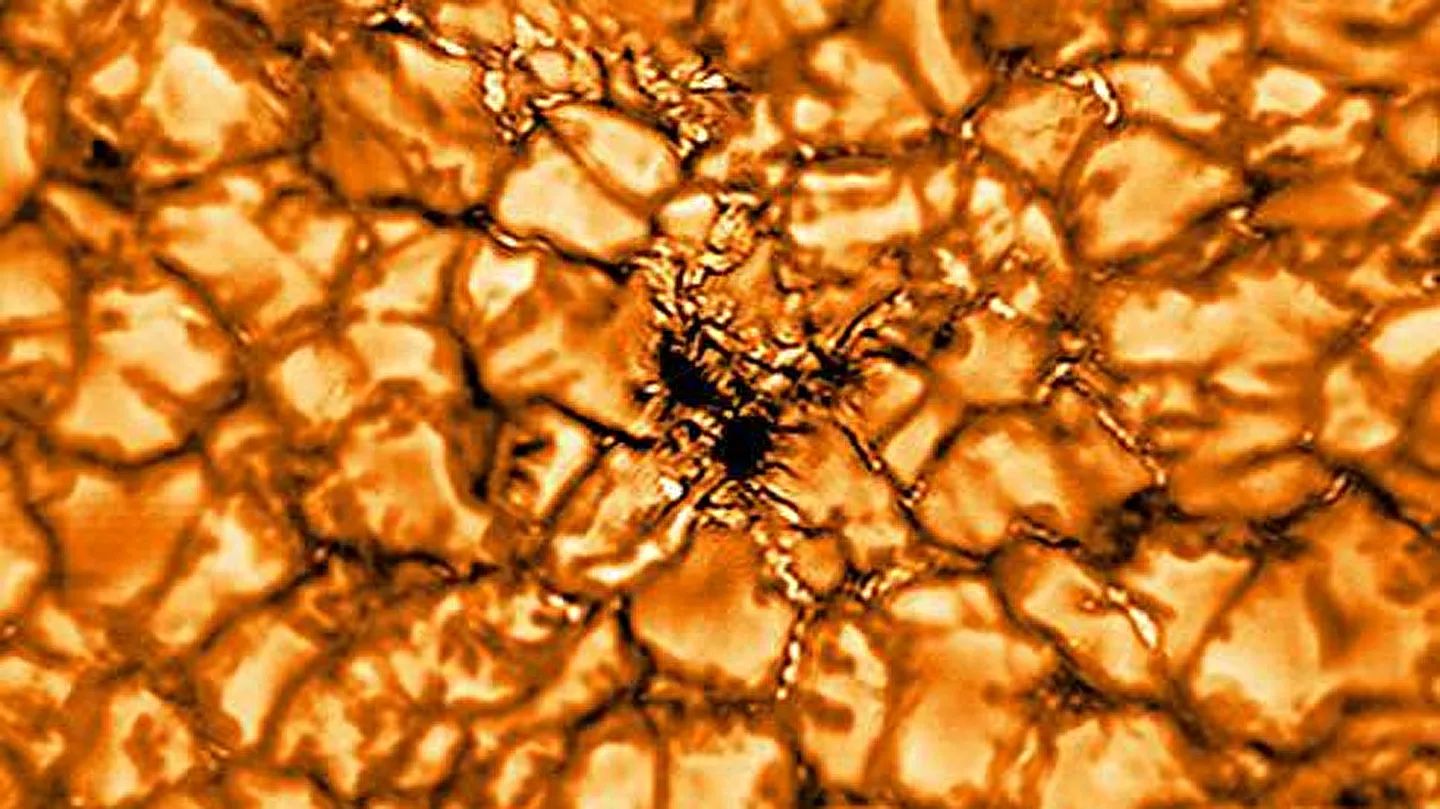 German scientists on the modernized GREGOR solar telescope, the largest in Europe, obtained the most detailed images of the Sun’s surface in the entire history of observations from Earth and revealed the smallest features of the structure of its magnetic fields. The research results are published in the journal Astronomy & Astrophysics.

The processes taking place on the Sun have a huge impact on our planet, life on it and the functioning of technological infrastructure. Particular risks are associated with powerful bursts of solar activity – solar flares, or emissions of ionizing radiation caused by the generation of strong magnetic fields. These fields appear in the star’s photosphere as sunspots.

Earth’s magnetic storms are also associated with solar activity – a consequence of disturbances of the interplanetary medium reaching the Earth.

To minimize the impact of extreme events on the Sun on humans, the operation of ground-based instruments and satellites in orbit, scientists must predict as accurately as possible the places of their appearance and power, and this requires means of detailed observation of the Sun’s surface and its magnetic fields.

German scientists working on the largest solar telescope in Europe, GREGOR, located on the island of Tenerife in the Atlantic Ocean, completed its modernization this year. Now this telescope allows to distinguish on the surface of the Sun details up to 50 kilometers in size with a star diameter of 1.4 million kilometers. For comparison, it is like seeing the point of a needle on a football field from a distance of one kilometer.

“It was a very exciting, but at the same time extremely challenging project. In just one year we completely redesigned the optics, mechanics and electronics to achieve the best image quality,” the first author of the article and director of German solar telescopes in Tenerife by Dr. Lucia Kleint.

Scientists have discovered and fixed several problems with the telescope’s optical system, which consists of many mirrors, lenses, glass cubes, filters, and other optical elements. And everyone has to be perfect to keep the entire system running at peak performance.

Specialists, at the direction of scientists, replaced the two off-axis parabolic mirrors with new ones, polished to an accuracy of six nanometers – this is about one ten-thousandth the diameter of a human hair. Combined with a few other enhancements, this redesign has dramatically improved the clarity of the view.

Now that Spain has reopened its borders after the isolation regime has been lifted, German scientists have returned to an observatory in Tenerife and took the first images with an upgraded telescope. These are the most detailed images of the Sun ever taken with a European telescope.

“The project was quite risky, as telescopes usually take years to upgrade. But great teamwork and careful planning have led to success. We now have a powerful tool to solve the mysteries of the sun,” said study leader Svetlana Berdyugina, professor at the University of Albert Ludwig in Freiburg and director of the Leibniz Institute for Solar Physics (KIS).

According to the researchers, the new optics of the GREGOR telescope will allow them to study in detail magnetic fields, convection, turbulence, solar flares and spots.