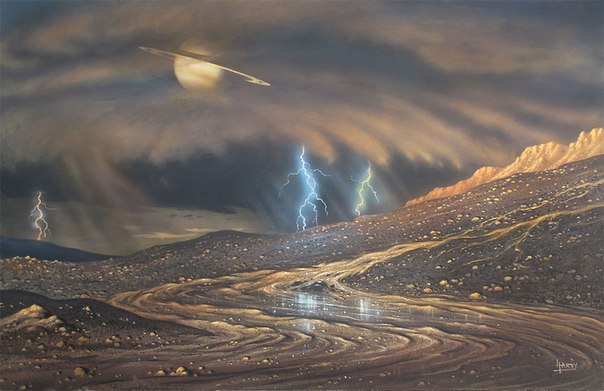 The study, located at a distance of 1,480 light years from Earth, may indicate the presence of an alien civilization. This hypothesis astronomers suggested by the results of observations by Kepler space Observatory. They are now planning to study the strange behavior of the stars using the directional signal of a powerful radio telescope. Preliminary results of the study presented in the journal of arXiv preprints, and briefly about it, reports The Atlantic.

The Kepler Observatory is designed to search for exoplanets (planets outside the Solar system) transit method — a drop of the luminosity of the star during the passage of planet in front of its disk. Usually because of this the lights go out for a few hours or days, and at regular intervals.

However, invisible to the naked eye the star KIC 8462852 was the exception: its luminosity fell by 80 percent, and remained at this low level different time intervals (from five to 80 days).

Astronomers-professionals and Amateurs, took part in the processing of data from the Kepler (in 2011 for the first time drew attention to the anomalous behavior of stars), conducted a thorough analysis of information and ruled out the possibility of signal distortion or problems with the telescope.

Features light show that swirls around the star a lot of closely adjacent to each other objects. This phenomenon often occurs in young star surrounded by a disk of cosmic dust and large debris (over time, gravity causes this substance to gather in the planet, or it is sucked into the star). However, KIC 8462852 is not a young star.

Scientists have rejected several hypotheses (asteroid belt, the collision of planets, like the one that created the moon), and now the only realistic scenario remains the passage of another star close to KIC 8462852, resulting in its orbit was a whole cloud of comets. The breakdown of these celestial bodies as on-orbit rotation of the star can explain the irregular flicker. However, such an event was to happen just a few thousand years ago (an insignificant period of time by cosmic standards), which makes it highly unlikely.

Tabetha Boyajian (Boyajian Tabetha, a lead author of the study, consider another scenario. Flickering KIC 8462852 may indicate a Dyson sphere — a set of giant objects (e.g., light collectors) that an advanced extraterrestrial civilization has built for the accumulation of the energy of its star.

“The aliens always have to be the latest hypothesis that is worth considering, but it looks like what you expect from an extraterrestrial civilization,” said astronomer Jason Wright (Jason Wright) from the University of Pennsylvania.

Boyajian, Wright, and Director of the center for SETI research Andrew Simion (Andrew Siemion) now apply for the sighting study KIC 8462852 with the radio telescope, which will allow us to understand, come from the stars of radio waves at frequencies characteristic of technological activities.

If the first observations will detect significant emission in this range, star will track is already using the Very Large Array, one of the largest radio telescopes in the world. The work should start in January 2016.