Astronomers have caught a mysterious signal from the depths of space 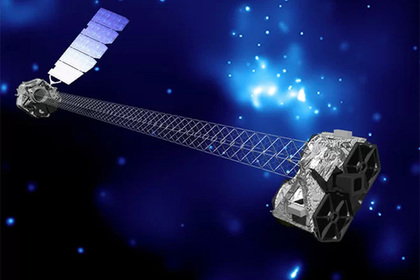 American scientists studied the spectrum of cosmic X-ray radiation and found an emission line at an energy level of 3.5 keV. It indicates the existence of an unknown source of radiation.

Emission line refers to the intensification of radiation intensity in a certain region of the spectrum. Usually, the radiation intensity decreases with the frequency of the latter, but sometimes it becomes larger or, conversely, weaken (in the latter case we are talking about the absorption line). This is due to the transition of atoms, ions and molecules to other energy levels, as a result of which radiation is released or absorbed.

However, the nature of the 3.5 keV emission line has not yet been established, since none of the known photon emission, that is, the emission of light by an excited atom, corresponds to it. The radiation that comes from different directions was recorded by several space telescopes – NuSTAR, XMM-Newton, Chandra and Suzaku.

According to scientists, it is the result of the disintegration of sterile neutrinos – hypothetical particles, which are one of the “candidates” for the role of dark matter. If the data is confirmed (the results do not exclude a statistical error), then this may mean that the Milky Way is surrounded by a dark matter bubble.