Astronomers have confirmed the existence of “Planet X” 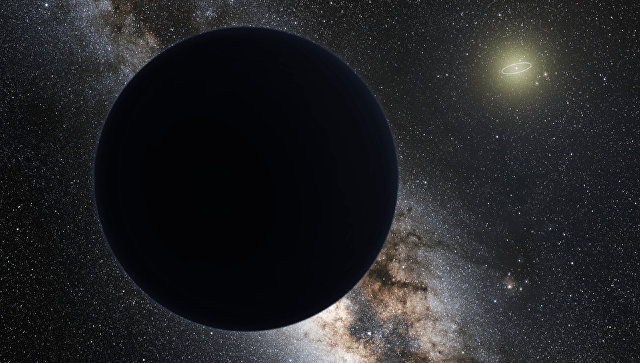 The search for the mysterious “planet X” on the outskirts of the solar system made its pioneers believe that the current location of the remaining eight planets and small celestial bodies is much more difficult to explain in its absence than with its presence, according to NASA.

“There are five evidences at once that the ninth planet of the solar system exists: if you imagine that it does not exist, then you will have to explain these five features of the solar system and solve many other problems.There will immediately appear five independent problems, each of which will explain separately, “- said Konstantin Batygin, an astronomer from the California Institute of Technology in Pasadena (USA).

In early January of last year, two well-known planetary scientists, Batygin and Michael Brown, his colleague at the California Institute of Technology, announced that they had managed to calculate the position of the mysterious “X planet” – the ninth planet of the solar system, 41 distant from the Sun. billion kilometers and weighing 10 times more than the Earth.

Due to the huge distance to this planet, the “planet X” has been circling around the Sun for 15 thousand years according to scientists’ estimates – we do not know where it is yet, and we do not have any evidence of its existence, in addition to the strange nature of the movement of a number of Dwarf planets and asteroids in the Kuiper belt.

Only the approximate orbit of this object is known, inclined with respect to the plane of rotation of the remaining planets by 30 degrees, and now scientists are competing in who will be the first to discover it or prove that the find of Batygin and Brown does not really exist.

Batygin and Brown recently got the opportunity to start searching for the “planet X” with the help of the Subaru telescope in the Hawaiian Islands, whose leadership allowed scientists to observe its alleged orbit for almost a week. These observations, as Brown himself noted, were completed successfully, and now his team is trying to find traces of the ninth planet in the pictures that they managed to collect during this time.

According to Batygin, these data and other recent observations allowed him to find new hints that “planet X” rather exists rather than absent. In particular, recently Brown and Batygin found a whole brood of dwarf planets in the Kuiper belt, a dump of “space building materials” behind the orbits of Neptune and Pluto, rotating in very unusual orbits.

These heavenly bodies, as the planetologist notes, rotate in the opposite direction in comparison with the Earth and other planets, and their orbits are very strongly inclined towards the “pancake” of the solar system. Both are not predicted by the classical model of the formation of the Sun and its planetary “family.”

“The oddities of these orbits can not be explained in any other way except by adding” planet X “to the model of the solar system.Its presence in itself leads to the birth of such objects and their unusual orbits – its attraction is to” throw out “a small body from the Kuiper belt beyond plane of the solar system, and then Neptune should pull them to him and “seat” them in their current orbits, “explains the Russian-American planetologist.

As Batygin and Brown hope, the data they collected on the Subaru at the end of September this year will help them to establish the exact position of the ninth planet and reveal its real physical characteristics. In turn, these data, according to Batygin, will help us understand where the “planet X” originated and whether it is a “native” inhabitant of the solar system or a “migrant” from a different star system.

I’m waiting for more info about this reaserch. This would be really big thing to find another planet in our solar system in present time with thousands exoplanets discovered by Kepler’s observatory.