Astronomers have considered molecular clouds in a distant galaxy 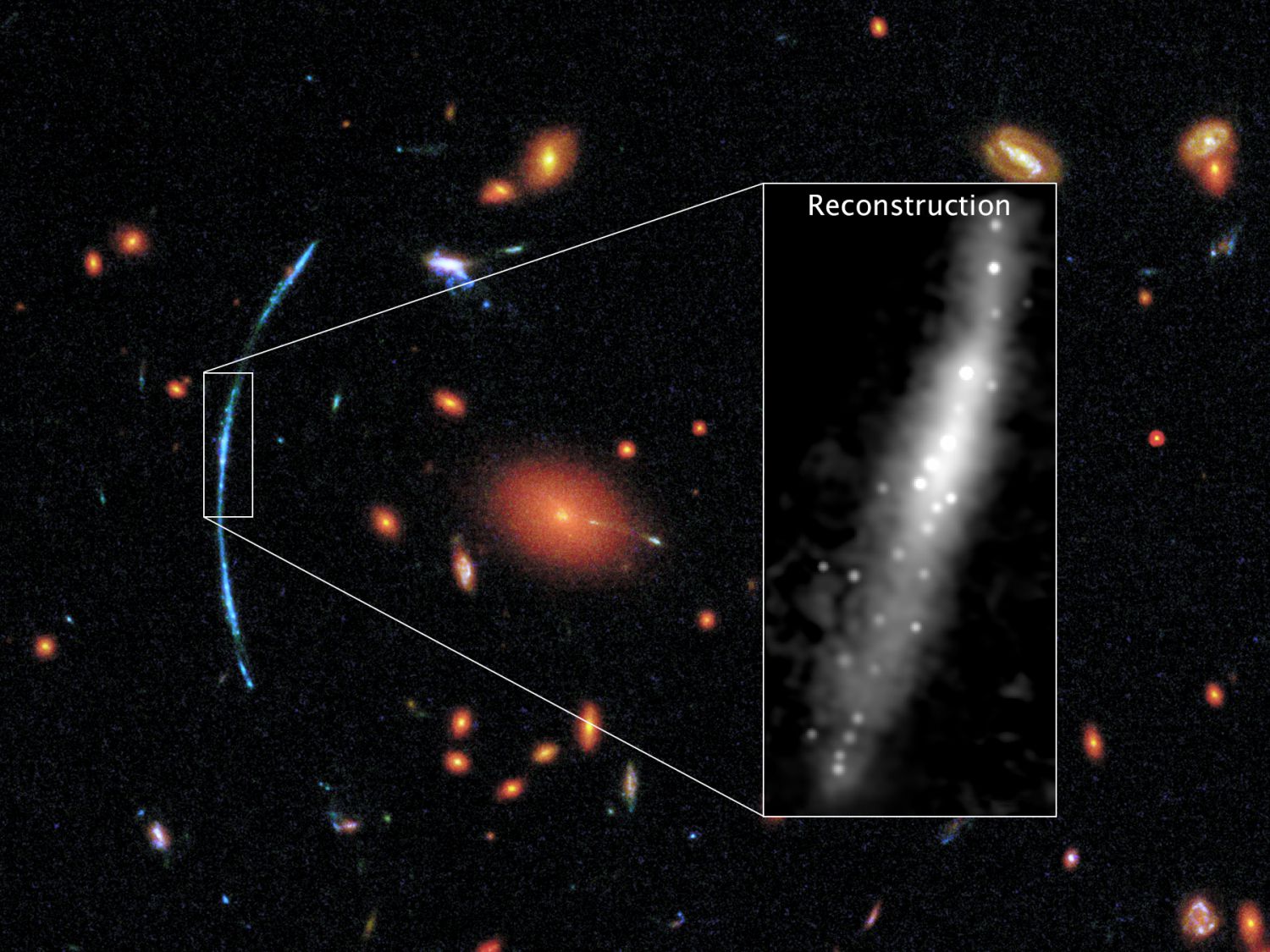 In remote parts of the universe, even the “sharp sight” of the NASA’s Hubble Space Telescope is unable to discern details of the structure of galaxies. To see these subtle details, scientists needed special computer algorithms and the help of a “gravitational lens”.

Applying methods of computer analysis to a galaxy enlarged with a gravitational lens, astronomers got its images ten times clearer, compared to those that could be obtained in the absence of a gravitational lens. These images demonstrate a disk galaxy, observed along the plane of the disk; The galaxy is dotted with bright star-forming regions.

This galaxy is so far away from the Earth that we see it as it was 11 billion years ago, that is, only 2.7 billion years after the Big Bang. The gravity of a giant cluster of galaxies located between this distant galaxy and the Earth distorts light coming from a distant galaxy, pulling it into an arc, and also magnifying the image by almost 30 times. The team developed a special computer code that eliminates distortions introduced by the gravitational lens, and allows you to see the image in a form in which it would be observed in the absence of a gravitational lens.

The resulting image of this treatment demonstrates two dozen “newborn” stars, each of which stretches for 200-300 light years. This casts doubt on the theory that these star-forming regions in the early Universe are much larger, from 3000 light years and higher.