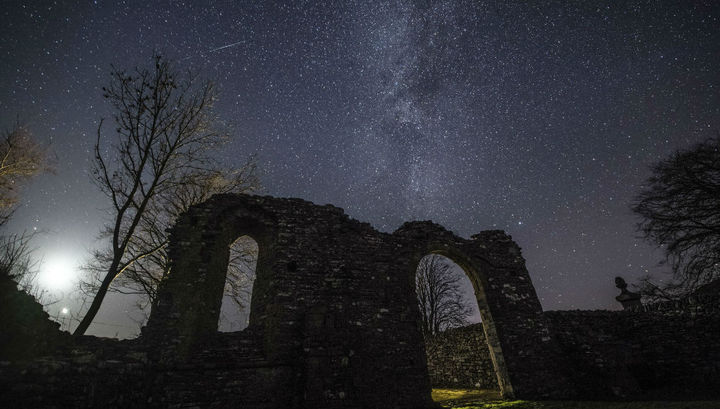 One famous astronomer Carl Sagan said: If you want to bake an Apple pie from scratch you must first invent the Universe. What is true for Apple pie, also true for the human body, oddly enough. In the end, we are all made of star material, scientists say.

Researchers believe that initially the Universe existed chemical elements that are at the beginning of the periodic table (hydrogen and helium). But eventually clouds of these gases condensed, which led to the formation of the first stars. Further in the depths of the stars, heated to incredibly high temperatures and under high pressure, in the course of the reactions formed the chemical elements in the following table for helium (helium into carbon, carbon into oxygen, oxygen into silicon and finally silicon to iron). Thus, during the evolution of the first generation stars formed heavier elements. The latter was then thrown out into interstellar space as a result of the explosions of light.

Recently a team of astronomers using the APOGEE spectrograph of the Sloan digital sky survey (SDSS) has created a directory of two dozen basic chemical elements present in the 150 thousand stars in the milky Way.

Anyone can look in a new directory, in which among other things includes a so-called CHNOPS elements (the most common in living organisms, chemical elements) – carbon, hydrogen, nitrogen, oxygen, phosphorus and sulfur. In other words, the six most important chemical elements whose compounds make up a large part of biological molecules on Earth.

Such measurements all the CHNOPS elements was made for the first time for such a huge number of stars, astronomers say in a press release.

The original map showed that stars in the inner part of the Galaxy have a higher concentration of the six elements of life.

“The first time we can now study the distribution of chemical elements throughout the galaxy, says one of the participants of the research project astronomer Wall Hasselquist (Sten Hasselquist) from the University of new Mexico. – Chemical elements that we measure up to 97 percent of the mass of the human body”.

How do researchers find out what elements are present in each star? Of course, they did not visit each of them to get the desired sample gamestm and how to perform. Astronomers observed and analyzed the light spectrum hundreds of thousands of stars to create a map of the distribution of chemical elements.

Each element creates its own unique pattern of light and dark bands in the spectrum of a star, and this is what has allowed experts to calculate the concentration of different chemical elements in each star.

“Working in the infrared portion of the spectrum, APOGEE can see a lot more stars in the milky Way than if the machine was trying to do the same in visible light,” said John Holzman (Jon Holtzman) from the University of new Mexico. – Infrared light passes through interstellar dust, and APOGEE helps us observe in detail a wide range of wavelengths. Therefore, we can measure patterns created by dozens of different elements.”

The new directory is already helping astronomers to obtain new insight into the history and structure of our galaxy, but it also shows that the direct relationship of man with heaven.

In addition, the scientists understanding of the structure of our galaxy (the information that would help us understand the past and predict the future) will also help to narrow down areas of search for extraterrestrial life. Or, at least, search of a form of life as we know it.

In particular, the catalogue confirms that most of the so-called elements of life had been synthesized previously in the inner and older parts of the Galaxy, but not in more distant areas.

Now researchers can map the prevalence of all the main elements found in the human body with those that are composed of hundreds of thousands of stars in the milky Way, says Jennifer Johnson (Jennifer Johnson) from Ohio University. According to her, the findings will help to better understand when and where in our galaxy have been distributed the elements necessary for the origin of life — a kind of “temporary galactic habitable zone”.