Astronomers have discovered 39 galaxies, the existence of which cannot be explained 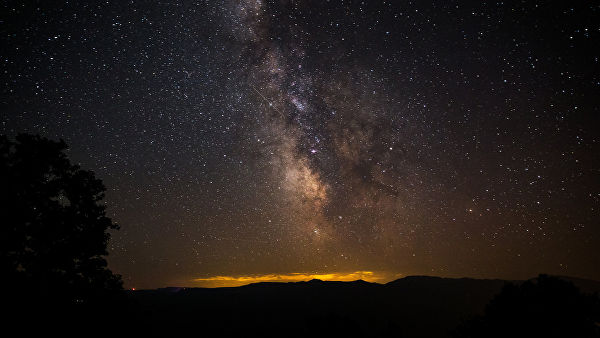 An international team of astronomers using the complex of telescopes ALMA discovered 39 ancient galaxies, the existence of which cannot be explained by modern theories of the evolution of the universe, follows from a press release published on the ALMA website.

These faded galaxies were invisible to the Hubble telescope, but were visible for higher resolution ALMA (Atacama Large Millimeter / submillimeter Array). They are the ancestors of existing elliptical galaxies, scientists say. “These galaxies are representative of most of the massive galaxies that existed in the Universe 10 billion years ago, most of them could not be found in previous studies,” – said in a press release.

“Not a single significant theory of the evolution of the Universe has predicted such a huge number of massive star-forming dark galaxies. New results call into question our understanding of the early Universe,” the press release said.

It is noted that star formation in these ancient galaxies is 100 times more active than in the Milky Way galaxy.

“Previous studies have already detected galaxies with active star formation in the young Universe, but their number is limited. Star formation in those galaxies that we found is less active, but their number is 100 times larger. It is extremely important to study such an important part of the history of the Universe in order to understand the process galaxy formation, ”said one of the study participants, Tao Wang.

The research work was published in the journal Nature.