Astronomers have discovered a giant exoplanet 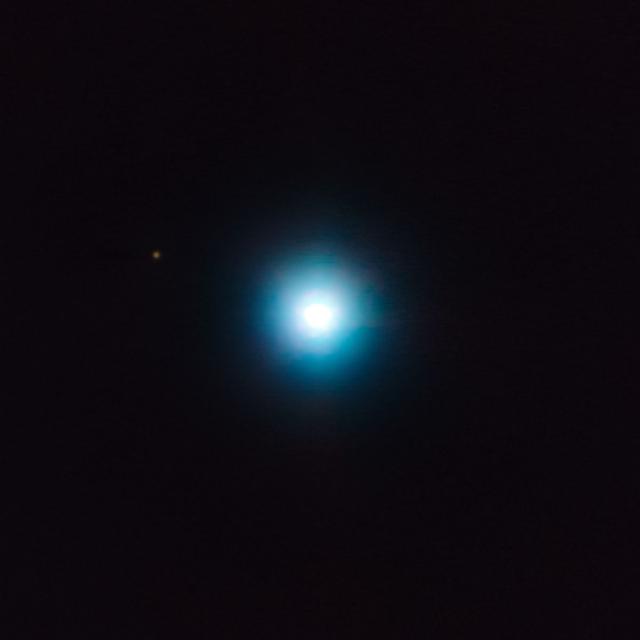 An international team of astronomers have discovered a giant exoplanet that orbits the young star CVSO 30. Scientists have managed to not only find her, but to her the.

CVSO 30, also known as 2MASS J05250755 0134243 and PTFO 8-8695, is a star of type T Taurus spectral type M. It is located in the constellation of Orion at a distance of approximately 1.2 thousand light-years from us. The star is part of clusters of stars of relatively small mass, known as the 25 Orionis.

Rotating at high speed CVSO 30 has a mass equal to 0.39 solar masses.

Star pretty young. She is only 2 million – 3 million years. She’s one of the young stars in the 25 Orionis group.

In 2012, a team of astronomers discovered near this star exoplanet – hot-Jupiter, dubbed CVSO 30b. Now, scientists from Hamburg and Jena universities managed to find a second exoplanet, and to her image. During the observations the researchers used the instruments NACO and SINFONI on the VLT telescope of the European southern Observatory.

If CVSO 30b to 6 times more massive than Jupiter, the newly discovered planet CVSO 30c has a mass of 4 to 5 times the mass of Jupiter.

Astronomers have yet to understand how such an exotic planetary system could be formed within such a short period of time. Perhaps in the past both planets had interacted with each other, and then at some stage went into their extreme orbits.