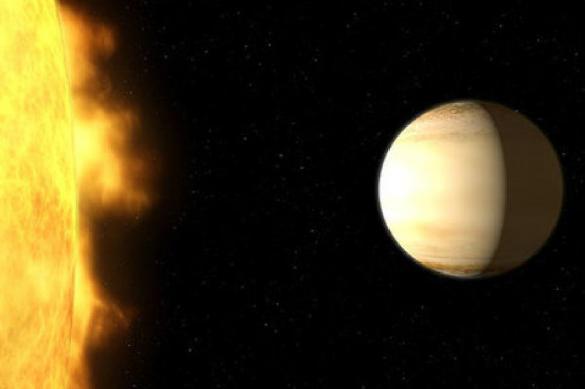 The international group of astronomers with the help of the Hubble Space Telescope was able to describe the atmosphere of the exoplanet WASP-39b. According to the chemical composition, the planet resembles Saturn, it is removed from the Earth by 700 thousand light-years.

The heavenly body revolves around a star-like star, it belongs to the class of hot Saturns – these are gas giants of low density, close to their luminary. In the atmosphere of WASP-39b there are no clouds, but astronauts have found there a large amount of water vapor.

In the atmosphere of the planet, heavy elements are found, this indicates that the planet has been bombed many times by comets. This is a sign that the planet originally studied was further away from the star than it is now.