Astronomers have discovered a “monster planet” 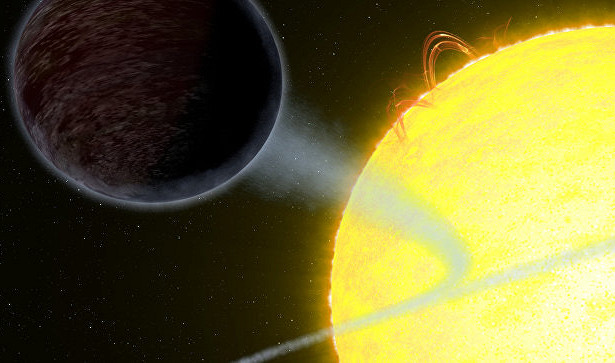 A giant planet, the existence of which was previously considered highly unlikely, was discovered by an international group of astronomers led by specialists from the University of Warwick.

The gas giant, called NGTS-1b, reaches the size of Jupiter and is in the constellation Pigeon at 600 light years from Earth. Its mass is 20% less than the mass of Jupiter. The temperature on the surface reaches 530 ° C or 800 K. It is noted that the year on the planet lasts 2.6 days, and the distance to the sun equals 3% the distance between the Earth and the Sun.

According to scientists, this planet is only half the size of the sun around which it rotates. This makes the gas giant the largest known planet in the universe in this parameter.

The existence of NGTS-1b disproves the theories of planetary formation, according to which relatively small stars form solid celestial bodies around themselves, but not gas giants, for the formation of which the stars can not collect enough material.

“The discovery of NGTS-1b was a complete surprise for us – we did not think to find such a large planet with such a small star, which casts doubt on what we know about the formation of the planets,” said Dr. Daniel Bayliss, the lead author of the study.