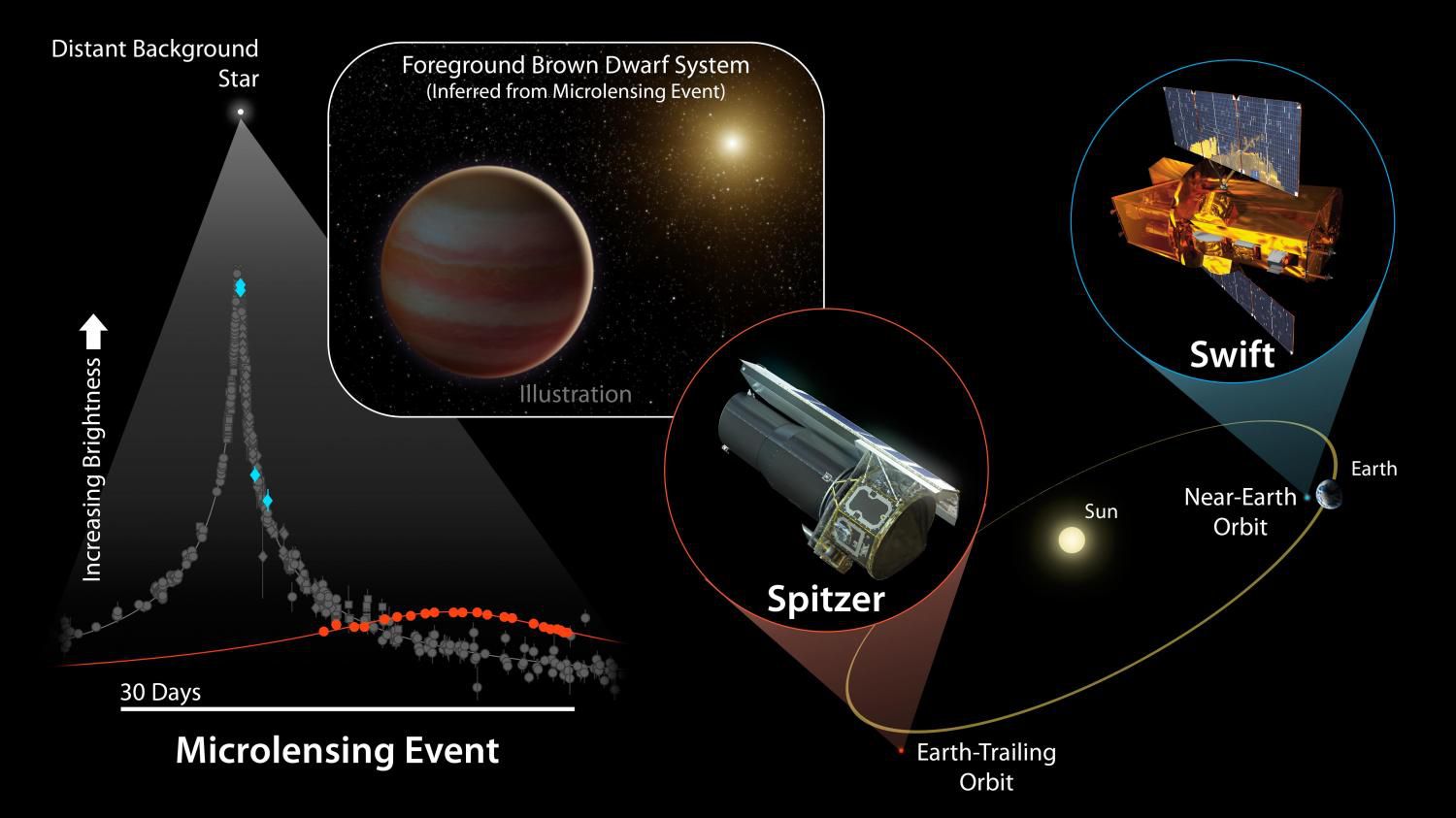 For the first time in the history of astronomy space telescopes “Spitzer” (Spitzer) and “swift” (Swift) have joined forces to observe the microlensing events when a distant star appears brighter to an observer on Earth, due to the influence of the gravitational field of a space object, located between our planet and the distant star.

Brown dwarfs represent an intermediate between planets and stars, with masses reaching 80 Jupiter masses. However, the nuclei of these objects do not possess a density sufficient for the occurrence of nuclear reactions that occur in stars. An interesting fact associated with brown dwarfs, is their apparent absence in systems with stars of mass like the Sun at distances of up to 3.e. (astronomical units, distance from the sun to the Earth) to the star. This phenomenon is called “brown dwarf desert” (brown dwarf desert).

This newly discovered brown dwarf that orbits a distant star may be one of the inhabitants of this “desert”. Scientists observed a brown dwarf, together with space telescopes “Spitzer” and “swift,” is in space at a considerable distance from each other, which allowed us to more accurately assess the size of a brown dwarf in the star system that acts as a gravitational microlens.

According to these results the mass of the discovered brown dwarf is from 30 to 65 Jupiter masses, and turns it around dwarf spectral class K 0.25.e. 45.e. If confirmed, the first estimated distance to the star, this brown dwarf would be straight in “desert brown dwarfs,” say the researchers.