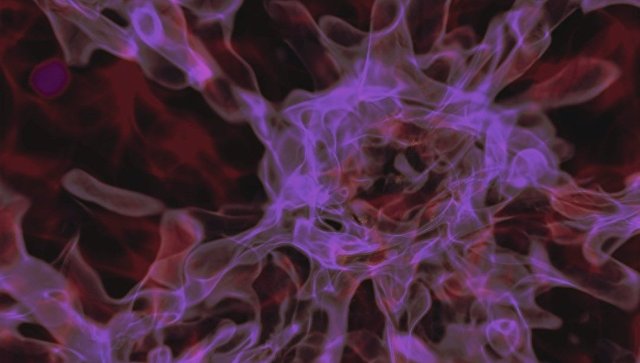 Astrophysics from Harvard University found the first evidence that the brightest galaxies in the first era of the Universe there was a giant black hole resulting from direct gravitational collapse of huge clouds of gas, bypassing the stage of his transformation into a star, according to Space.com

“The main feature of this process is that it leads to the birth of the giant black holes in one sitting. The size of those black holes that existed in the early days of the Universe, saying that their birth was from a small star “Bud” was extremely unlikely – they would simply not have time to accumulate enough mass during its existence,” said Abraham Loeb (Abraham Loeb) from Harvard University (USA).

Loeb and his colleagues came to this conclusion watching a few of the oldest galaxies in the Universe which we can see thanks to the huge distance between Earth and them, in the form in which they existed in the first million years of the universe after the Big Bang.

Scientists were interested in how distributed cloud of gas and dust in these galaxies and how they are arranged. As explained by Loeb, in “normal” modern galaxies, these clouds are very heterogeneous in its composition – they are more dense and less dense region, with the result that such dust concentrations gradually fall apart, and in the denser areas will be born stars.

Almost 15 years ago, Loeb and his colleagues at Harvard suggested that in the first galaxies of the Universe, this gas, due to the almost complete absence of dust and elements heavier than hydrogen and helium, could be much more homogeneous. If such a cloud has reached a very large size, entirely encompassing millions or even billions of the masses of the Sun, then it turned immediately into a supermassive black hole.

Now scientists managed to find the hints that the way it happened, in a galaxy CR7, one of the brightest “star families” of the early Universe, was found last year with the help of telescopes VLT and Hubble. Studying this galaxy, a group of Loeb found that in its stars and gas there are no traces of elements heavier than helium, which was the first hint for the presence of clouds, which are born in black holes.

The second hint was the fact that CR7 has several large clouds of gas, in which, calculations show that Loeb and his colleagues must be born supermassive black holes, not very large stars or clusters of new stars. While scientists have not detected x-ray radiation, the main trace of the birth of a black hole, but they believe that in these clouds is unlikely to occur something else- in these gas clouds are too hot, in order that they could be born star.

As the researchers note, such black holes are relatively rare inhabitants of the cosmos – they can only form in the first era of the Universe, and today, they just will not be able to occur due to the fact that the first generation of stars “littered” all the galaxies with heavy elements. Now Loeb and his colleagues are trying to find a galaxy in the distant past of the Universe to unlock the mysteries of how were born these rare black holes.