Astronomers have discovered a new type of ring-shaped galaxies 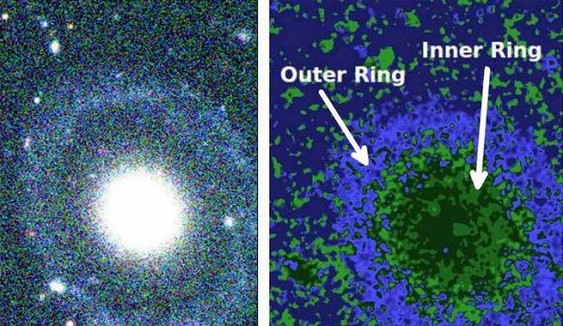 In 359 million light-years from the Sun astronomers have discovered a galaxy of new type which we haven’t seen before.

First open koltseobraznoj the galaxy was the so-called Hoag object in the constellation Serpens. Koltseobraznyj galaxy object type of gait with a single ring are very rare, and the discovery of a galaxy with two very smooth rings is a unique case, explained co-author with Patrick Treuthardt from the Museum of natural Sciences North Carolina.