Astronomers have discovered a satellite from an asteroid 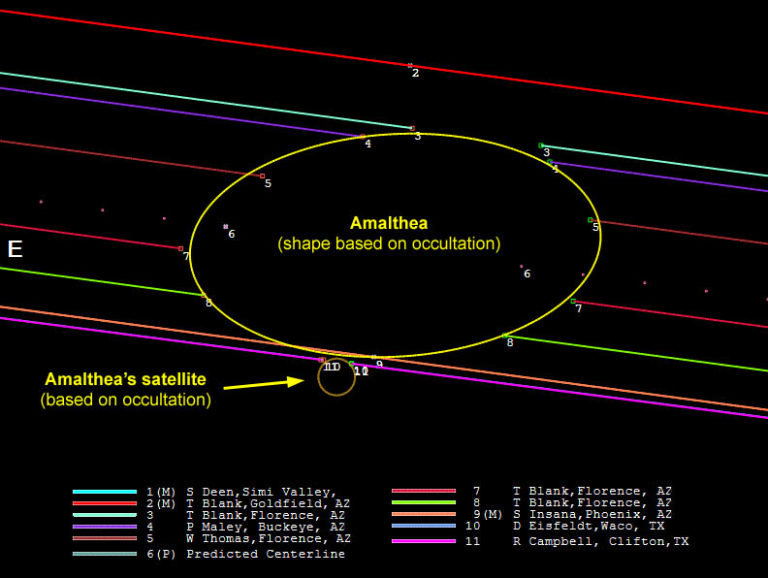 A team of non-professional astronomers found the satellite a natural satellite from the asteroid, armed with only 3-inch telescopes.

As it turned out during prolonged and close observation, the asteroid of the main asteroid belt, which is known as 113 Amalthea, has its own tiny satellite.

The very asteroid of Amalthea itself has rather large dimensions. Its diameter exceeds 46 kilometers. This is a very light asteroid, which consists of mantle rocks, similar to the rocks of the recently studied large asteroid Vesta. This similarity leads astronomers to the idea that earlier Amalthea could be a part of Vesta, but due to some factors it broke away from it and began to live its own life. Moreover, Amalthea did not miss her proud solitude, as, as it turned out, she has a companion.

Amalthea was discovered on March 12, 1871 by a German astronomer from Düsseldorf, Robert Luther, but at that time the astronomer could not assume that the object discovered by him could have a companion.

It is worth noting that at this stage Amalthea’s partner is not yet officially confirmed, as it was discovered indirectly, but a team of scientists who observed the steroid is sure that this is only a matter of time.