Astronomers have discovered a SuperBright supernova that exploded twice 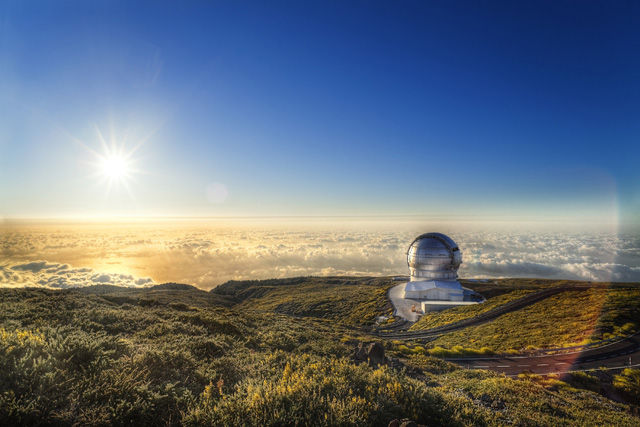 In the new study, the researchers observed, as a supernova is a rare type of so-called SuperBright supernova, erupted not once, but twice, which is unusual phenomenon for stars of this type and can be associated with the peculiarities of the formation of this specific space object.

In recent years, scientists opened and began to explore a new type of supernova, more bright and shinning in the sky for a longer time, compared to other supernovae. This class of exploding stars called supernovae vergaray. Although currently known only a few dozen explosions of stars of this class, in the new study, researchers led by Matthew Smith of Southamptonthe University with the help of telescope Gran Telescopio CANARIAS (GTC) observed SuperBright supernova DES14X3taz, starting with the first moments of its formation. The results of observations revealed an unusual behavior of this vergaray supernova, which consists in the fact that the main maximum of the luminosity of the star was preceded by another maximum after a few days of decline of the luminosity.

To explain the observational data the authors have carried out additional observations, and based on the resulting data of these observations put forward the hypothesis that the most probable explanation of the double-flash vergaray supernova DES14X3taz is the birth of a Magnetar – a neutron star with extremely powerful magnetic field. Processes occurring during the formation of these supernova remnants, in good agreement with the picture of double high luminosity, wherein the first maximum corresponds to the discharge space a large gas “bubble”, and the second maximum of the heat radiation emitted by the remnants of a star, this off-gas envelope, the authors note.