Astronomers have discovered a supermassive black hole ejected from galaxy 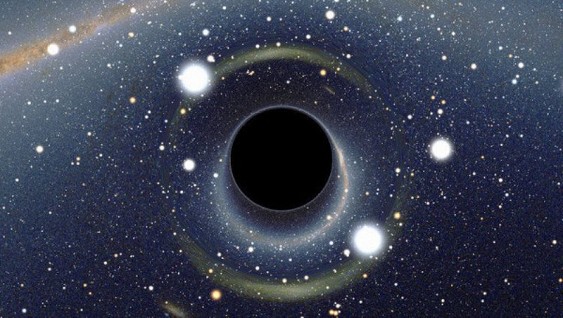 Astronomers had already observed a fast moving black holes, but these were objects of stellar masses. They get their speed during asymmetric supernova explosion. But supermassive black holes had always observed only in the centers of galaxies.

By studying the data of American and European x-ray Observatory, scientists have discovered that the supermassive black hole located not in the center, and moves through the lenticular galaxy SDSS J141711.07 522540. Early studies gave estimates of the mass of the object XJ1417 52, approximately 100,000 solar masses.

The galaxy itself is located at a distance of 4.5 billion light years from Earth. Moving the black hole emits due to the interaction with matter in the galaxy. Scientists estimate that the object XJ1417 52 is the most powerful x-ray source associated with wandering black holes. It emits 10 times more energy than the previous record holder located 10 times further away.

As a possible reason for such unusual behavior of a supermassive black hole, scientists call the collision of galaxies. As a result of collision, the black hole located in the center, can receive additional impetus, and even leave the galaxy. Incidentally, this clash threatens our Galaxy, the milky way. In about 5 billion years, it may face with our nearest neighbor galaxy Andromeda.