Astronomers have discovered an exoplanet with a stratosphere 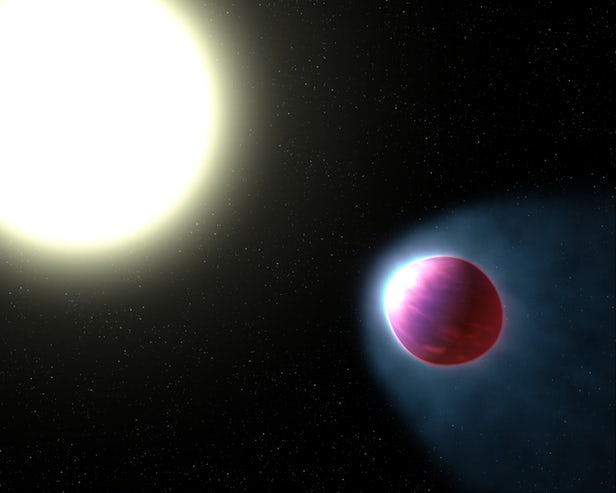 Observations of exoplanets with the help of the Hubble Space Observatory helped scientists come to the conclusion that the planets outside our solar system can have not only an atmosphere, but also a stratosphere. It can be said that scientists even discovered the first evidence of the stratosphere.

So an international team of scientists led by researchers from Exeter University found that the upper atmosphere of the exoplanet WASP-121b is as hot as boiling iron. This indicates that it is stratified, that is, it has layers, like the Earth’s atmosphere.

This exoplanet was discovered in 2015. It is a super-hot gas giant, which in size is slightly larger than Jupiter. It is located at a distance of 900 light years from Earth in the constellation of Korma.

This Hot Jupiter revolves around its star every 1.27 days, pretty close to its parent planet, where tidal forces would have to break the planet.

Analysis of the data shows that the light spectrum changes significantly in the atmosphere of the exoplanet as the altitude increases. This leads scientists to the idea that it can have a stratosphere. Why? You ask. Yes, because the temperature of the upper layer increases with increasing altitude, which is a feature of the stratosphere.

According to the Exeter team of scientists, the upper atmosphere of the gas planet WASP-121b reaches temperatures as much as 2,500 ° C. This is the approximate temperature of the boiling of iron. On the Earth and other planets and moons in the solar system, the stratosphere is caused by ultraviolet radiation from the sun, captured by ozone or methane, although the temperature rise is much less significant than on the studied planet.