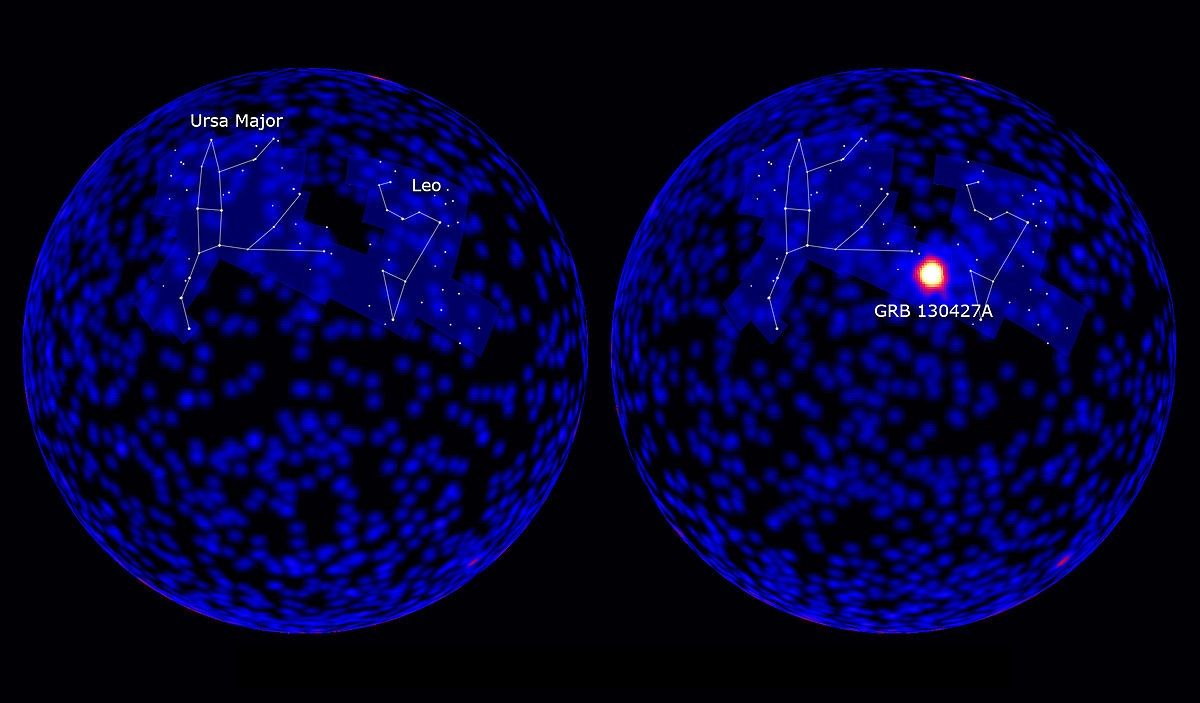 With the help of the Big Canary Telescope, astronomers from Spain managed to fix a “cocoon” of energy surrounding a distant gamma-ray burst, which could prevent the glow of this gamma-ray burst through a star, hiding from our eyes.

The relationship between gamma-ray bursts (GRB) and supernovae has always been considered confusing. GRB is a large-scale cosmic burst of explosive energy, the most striking electromagnetic events occurring in the Universe, but it is known that not all powerful supernovae produce them. Their sporadic nature has puzzled scientists for decades, but now they finally have some answers.

During a recent study of a distant gamma-ray burst, astronomers recorded a certain “cocoon” of energy surrounding it. In their opinion, GRB create these cocoons, transferring energy to them. When transferring too much energy, they weaken and shine through the star, becoming visible. Thus, the results of a study by the staff of the Institute of Astrophysics of Andalusia (Spain), published in the journal Nature, could explain why powerful supernovae do not always cause gamma-ray bursts.

At the end of their lives, low-mass stars, such as the Sun, will quietly disappear into darkness, and stars with a greater mass will explode, turning into a supernova. At the same time, it is believed that huge stars, which are 25 times the mass of the Sun, exploding, turn into a hypernova, which shines 10 times brighter than a supernova and leaves behind a black hole or a neutron star. It is known that gamma-ray bursts are almost always emitted by these hypernovae, but astronomers have also seen several that do not produce GRB at all. Until recently, their absence baffled researchers.

But as early as December 2017, an astronomer team noticed a gamma-ray burst 171205A emanating from another galaxy, where the star SN 2017iuk had already turned into a black hole or a neutron star, but had not yet thrown out its outer layers and had not yet exploded. GRB, which usually overshadows all hypernova, was suspiciously dim. Thanks to this, astronomers were able to trace this phenomenon.

Using data from the Gran Telescopio Canarias telescope in Spain, they noticed something strange – a “cocoon” of high energy and rapidly expanding particles surrounding the GRB. A team of scientists measured the chemical composition of the object and found that it radiated more energy than the GRB itself. This led researchers to the conviction that, passing through a star, the gamma-ray burst created a cocoon, transferring a huge amount of energy to it. However, if he conveyed too much energy, he would not have enough resources to shine through the outer layers of the star. If these cocoons are created in all hypernovae, this may explain why some objects emit gamma-ray bursts, while others do not.