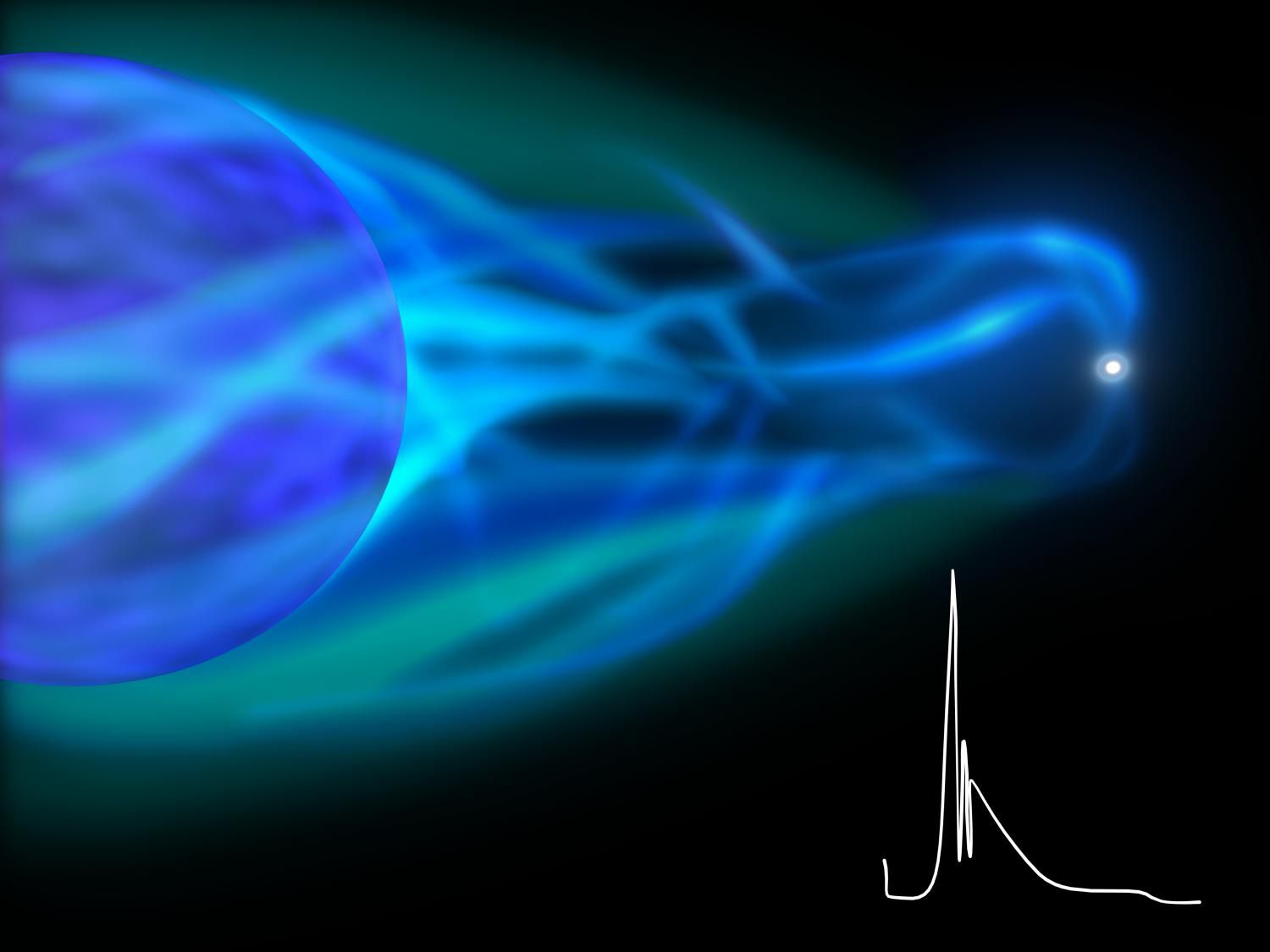 A team of astronomers under the leadership of Enrico Bozzo (Bozzo Enrico) at the University of Geneva, Switzerland, recently studied the prototype supergiant fast x-ray transient (supergiant fast x-ray transient, SFXT), the designation of IGR J17544-2619. The researchers studied the spectral variability of this source during outbreaks and in between, because this object shows the most extreme changes of brightness in x-rays among other objects of its class.

Opened in 2003 with space Observatory International Gamma-Ray Astrophysics Laboratory (INTEGRAL) of the European space Agency (ESA), the source IGR J17544-2619 has a relatively low x-ray luminosity and one of the shortest orbital periods among other sources SFXT is approximately 4.9 days.

In March 2015 the team Bozzo spent multivolume observation campaign of the source IGR J17544-2619 with the help of space Observatory X-ray Multi-Mirror Mission (XMM–Newton) ESA and the Nuclear Spectroscopic Telescope Array (NuSTAR), NASA. Observing this source in conjunction with these two space observatories, scientists were able to capture it in its original state with a low luminosity in the x-ray band and in the period when it was observed the x-ray flare.

Researchers have studied in detail the properties of this x-ray source during periods of calm and flashes. “We have studied the change of spectral pattern during the outbreak and the quiet period by using thermal and three-dimensional model of comptonization (a thermal and bulk Comptonization model), which is usually used to describe the distribution of energy at different wavelengths within the boundaries of the x-rays in the study of young pulsars that are members of the x-ray binaries with large mass” indicated in the work.