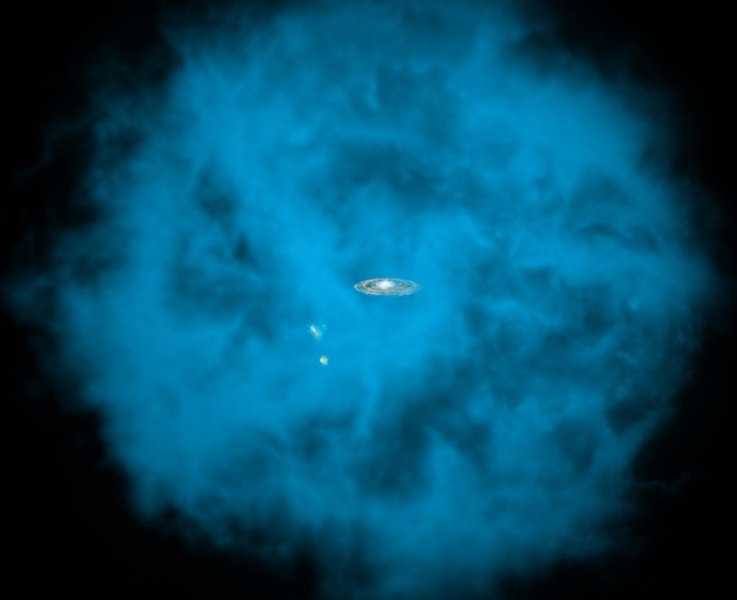 Astronomers from the College of literature, Sciences and arts of the University of Michigan, USA, for the first time found that the hot gas inside a galactic halo of the milky way, rotates in the same direction as the galactic disk, and the speed of this rotation is comparable to the speed of rotation of the galactic disk. These findings will help to shed light on the processes of “Assembly” of individual atoms in stars, planets and galaxies, like our galaxy, as well as for the future of these galaxies.

In this new study, a team of scientists led by Edmund Hodges-Clecom, Junior researcher at Michigan state University using archived observational data collected by the space telescope XMM-Newton of the European space Agency, found that for oxygen atoms, halo of the milky way observed Doppler shift of spectral lines of very hot oxygen, indicating the movement of masses of gas in the same direction in which the disk rotation of the milky way. Calculations conducted by the team showed that the speed of this motion is comparable to the speed of rotation of the disk of the milky way, part 860000 miles per hour, and is equal to approximately 640000 kilometers per hour.

“Detection of rotation of this hot halo is a valuable observation which will help to reveal the formation mechanisms of the milky way,” said Hodges-Kluck. – This fact suggests that the halo – hot “atmosphere” of the galaxy – the primary source of a significant part of the matter of the disk.