Astronomers have discovered the planet Vulcan from the “Star Trek” 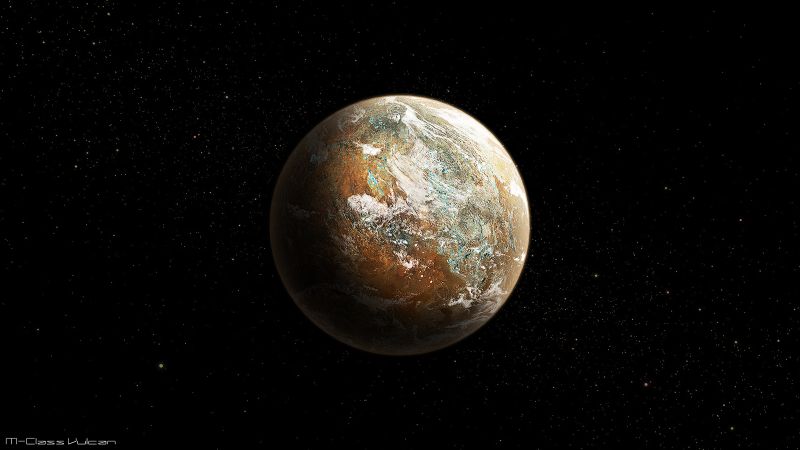 For fans of science fiction “Star Trek” – an icon of the genre. Scientists from around the world are discussing the technologies shown in the series and franchise films. Today, the researchers found a planet very similar to Spock’s homeland.

According to a recent study conducted by astronomer Jian Ge from the University of Florida and published in the Monthly Notices of the Royal Astronomical Society, an extrasolar planet similar to Vulcan, one of the most iconic planets in the history of pop culture, is located 16 light years from Earth. If you are not fond of “Star Trek”, we will explain: Vulcan is the native planet of Spock, a character created by Gene Roddenberry and best represented by actor Leonard Nimoy.

The planet was discovered by Ge and his colleagues Matthew Mutterspaugh and Gregory Henry of the University of Tennessee with the help of the Dharma Endowment Foundation Telescope (DEFT).

“The new planet is a super planet, revolving around the star HD 26965, located just 16 light years from Earth,” says Ge. “This planet is almost twice as large as the Earth and makes a complete revolution around its star in 42 days, being at the most optimal point of the habitation zone.”

The connection of the planet with the novels of Roddenberry and the adaptations of his works as a whole is based on the interconnection of the super-earth itself with its maternal star. The K-class dwarf HD 26965 has a few more notations, including Kheda and 40 Eridani A. As explained by Henry, the planet Vulcan from the canon “Star Trek” is the second planet in the 40 Eridani A system (40 Eridani A II). In 1991, Roddenberry and members of the Harvard-Smithsonian Center for Astrophysics confirmed that there really is a fantastic planet in HD 26965, and now it’s found.

“This star can be seen with the naked eye, unlike most of the mother stars of known and open planets,” says Bo Ma, PhD student at the University of Florida. “Now everyone can see 40 Eridani in the clear night sky and proudly point at Spock’s house.”

Depending on what timeline you are in, the future of the Vulcan planet is not very bright, so not all Vulcans will be able to “live long and prosper”. It remains to be hoped that the fate of a real planet is somewhat different from the one that overtook a fictitious one.