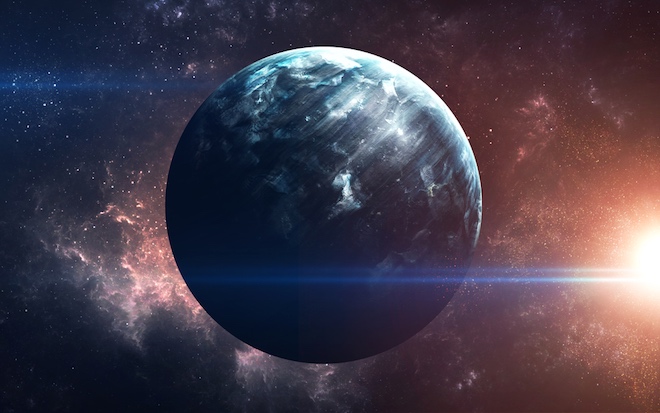 Astronomers reported the discovery of three new gas giants with the help of Observatory, SuperWASP-South in South Africa. Two of these alien worlds was classified as “hot Jupiter” and one of them, most likely, “supernatant” or “subaltern”.

Today with a telescope SuperWASP consists of two robotic observatories (one in South Africa and the Canary Islands), was discovered 150 exoplanets. The search is performed by the method of transit photometry, i.e. observations of how the planet against the backdrop of the stars.

A team of astronomers led by David Anderson of the University of Kiel in the UK recently reported about the new important discovery in the framework of the program SuperWASP based on a series of observations of three different stars — WASP-91, WASP-15 and WASP-107.

According to the study, exoplanet WASP-91b is similar in size to Jupiter, but 34% more massive than the biggest planet in our Solar system. It was classified as a “hot Jupiter” because it has an equilibrium temperature of 1,160 K. the planet orbits a star of spectral type K3 in the constellation Toucan with a period of 2.8 days.
Another “hot Jupiter” WASP-105b has almost the same size with Jupiter, and a radius of approximately 0,96 its radius. This gas aktamir more massive and cooler than WASP-91. He has a mass of about 1.8 the mass of Jupiter and the equilibrium temperature of 900 K. Its star WASP-105 type K2 is located in the constellation Phoenix. WASP-105b makes a complete revolution around it in 7.9 days.

WASP-107b much less massive than the previous two exoplanets. It differs lowest weight among all the planets discovered by WASP for all time of observations. Its size is 96% the size of Jupiter, and the mass is only 12 % of the mass of the gas giant of the Solar system. Thus, the world is likely to belong to the group of planets known as “supernatural” or “subalternate”. At the equilibrium temperature of 770 To WASP-107b is also the coldest exoplanet discovered of the trio. It revolves around the star type K6 in the constellation Virgo with an orbital period of 5.7 days.

The large radius of WASP-107b in combination with a relatively low mass raises questions about the internal structure of this planet. The study authors suggest that this low-mass gas giant with a predominance in its composition of hydrogen and helium. However, a final conclusion needs further spectroscopic observations.