Astronomers have discovered turbulence in the atmosphere of Venus 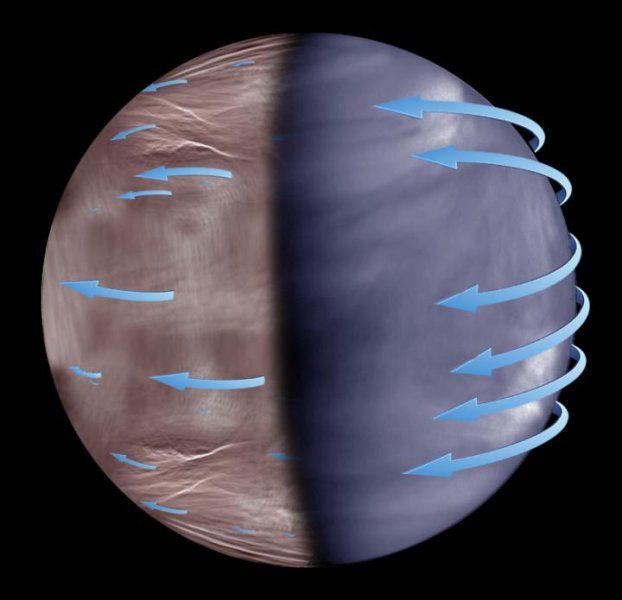 Astronomers in the new work shed light on the previously unexplored circulation in the upper layers of the atmosphere of Venus on its night side. The researchers discovered unusual, slowly moving atmospheric currents and frequently encountered standing waves on the night side of Venus.

In their work, a group of researchers led by J. Peralta analyzed Venus observations data collected with a Venus Express probe, including measurements of temperature in the vertical and horizontal planes to detect vertical or horizontal waves. The data on the change in temperature in the vertical plane, collected with the Venus Express probe VeRa instrument, made it possible to identify the observed waves as gravitational waves (similar to waves rising on the water under the influence of wind). This conclusion, in turn, is important for the analysis of processes taking place in the atmosphere of Venus.

Dr. Sylvia Telmann, one of the co-authors of the paper, explains: “We were able to correlate standing gravitational waves detected at high latitudes, with elevations on the surface of Venus. Consequently, these waves can be explained by the wind currents caused by topographic obstacles. We believe that these standing waves contribute greatly to the super-rotation of the Venusian atmosphere. ”

A super-rotation is a phenomenon in which the planet’s atmosphere rotates faster than the planet itself around its axis.