Astronomers have estimated the habitability of one of the closest exoplanets 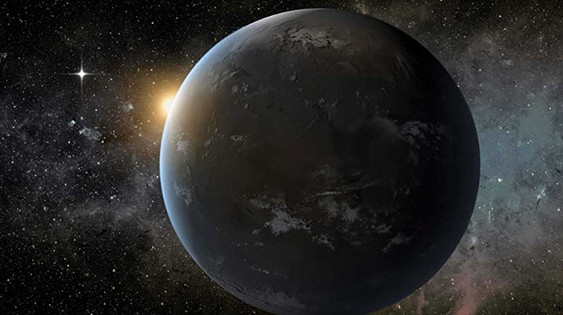 Only 14 light years from Earth the star Wolf 1061 rotate a few exoplanets. And at least one of them at this distance from the star, which makes it theoretically suitable for life.

“System Wolf 1061 is so important because it is near, says Stephen Kane (Stephen Kane), one of the authors of the work published in The Astrophysical Journal. This gives the opportunity to make new observations and check whether there is, in fact, of life.” Three planets of this star of hope gives Wolf 1061c, the second to be opened in 2015

This planet is only four times heavier than Earth and 1.6 times larger than her. It is more than ten times closer to the star than we are to the Sun. However, Wolf 1061 is a dim red dwarf, the planet eventually gets not so much heat. But is that enough for life? This Wolf 1061c must be in the “habitable zone” of their stars, where temperatures are fairly mild and the water may remain in the liquid phase.

To find out, Kane and his colleagues analyzed data from seven years of observations by the Shine of the red dwarf star Wolf 1061 has modeled the motion of a planet orbiting Wolf 1061с and calculated temperature and pressure on its surface. According to them, the planet’s atmosphere may resemble the early atmosphere of Venus. But soon it will suffer the same fate: strong heating due to out-of-control greenhouse effect, loss of water, the accumulation of carbon dioxide and other greenhouse gases. If there is life, it is not so much.

In addition, scientists note that the orbit of Wolf 1061с not as stable as our planet, so the climate must vary quite erratically, seriously impairing the chances of development of any life. However, to put the point in this matter, the authors hope with the help of new observations – as usual, the main expectations are associated with the space telescope James Webb, which is to be launched in 2018.