Astronomers have explained the mystery of bright crater on Ceres 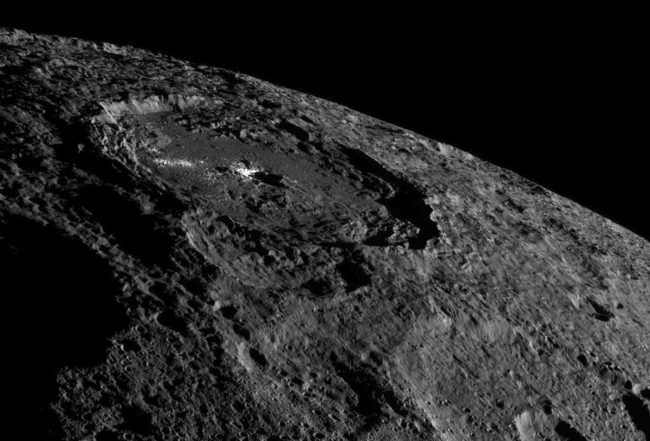 Astronomers working with NASA’s spacecraft Dawn has released a new image of the dwarf planet Ceres in high resolution, as well as shed more light on what it is. On one of the posted images shows the crater Okkator. He was photographed on 16 October from a distance of 1,500 kilometers above the surface.

The crater has an interesting feature. This is the brightest crater dwarf planet, and scientists have figured out why he’s so bright. The fact is that the crater is made of salt. A team of scientists believes that the shock of the collision that formed the crater is likely to have opened access to the under surface of some salty liquid. While on the surface she instantly froze, ice turned into steam that settled on the crater wall and formed a kind of salt shell. 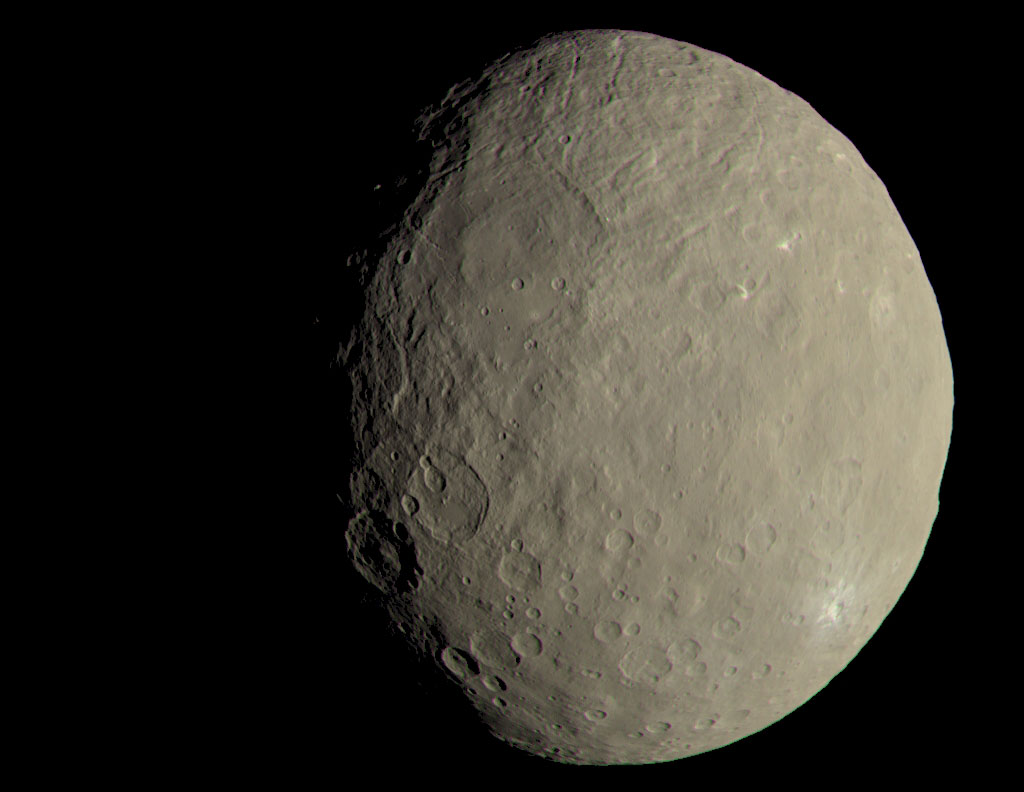 In addition to the image of the crater Okkator, the team of researchers also published an image which shows how Ceres might look like when you look at it with the naked eye. The image below was created on the basis of several images taken using red, green and blue filters.

In the near future we will be able to learn more about Ceres, as scientists expect to have more information about its structure and composition of the surface.