Astronomers have figured out how the mysterious channels on Pluto 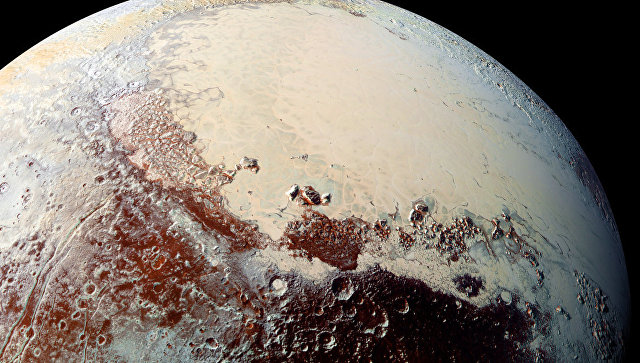 The mysterious canals and “washing boards” surrounding the “heart” of Pluto turned out to be traces of the oldest ice age on this dwarf planet. This conclusion was made by planetologists who published an article in the journal Nature Astronomy.

“Very peculiar structures, which we called“ washing boards ”and“ lowland channels “, were the most mysterious objects on the surface of Pluto for several years. These relief forms, similar to sets of parallel lines stretched from northeast to southwest, did not have unparalleled on any other planet, “- said Alan Stern (Alan Stern), head of the mission of New Horizons.

When the New Horizons probe became close to Pluto and his family of satellites last June, the first and most unusual feature of its surface, which was discovered by scientists, was the famous “heart” of Pluto, Sputnik’s plain, colored in a lighter tone than the rest of the dwarf the planets.

Later, scientists received detailed photographs of the dark hills, the so-called Tartarus region, framing the eastern half of Pluto’s “heart” and the Viking land adjacent to its western part. Both there and here they found several extremely unusual structures, which Stern and his colleagues immediately dubbed “channels” and “washing boards”.

Both are similar in shape to a set of small hills and ravines 2-3 kilometers wide, lined up in parallel rows and separated from each other by approximately the same distance. The very fact of the existence of these objects served as one of the main evidence that the subsoil and surface of Pluto still remain “alive” from the point of view of geology.

Mysterious channels on the surface of Pluto

On the other hand, as Stern notes, the unusual spatial orientation, the very form of such “canals” and “washboards”, as well as their chemical composition – they consist of water – remained a mystery to scientists in subsequent years.

NASA planetary scientists were able to uncover this mystery, drawing attention to the fact that such structures were extremely unevenly distributed over the Viking land – they were more common in the lowlands and were almost completely absent on the heights. This indicated that some tectonic and erosion processes were involved in their birth.

The most obvious candidate for their role as the “progenitor,” as suggested by planetologists, was the ice age, which began on Pluto about four billion years ago during the formation of its “heart” and left traces in the form of unusual 3-5-mile sawtooth structures found by New Horizons in the Tartarus region.

At that time, according to Stern, the plains of Sputnik and all adjacent territories, including future “washing boards” and canals, were covered with a thick layer of nitrogen ice. The attacks and retreats of these ices “plowed” the surface of water ice, which plays the role of the main rock of the Pluto crust, and covered it with analogues of terrestrial moraines, “ram foreheads” and other glacial forms of relief. 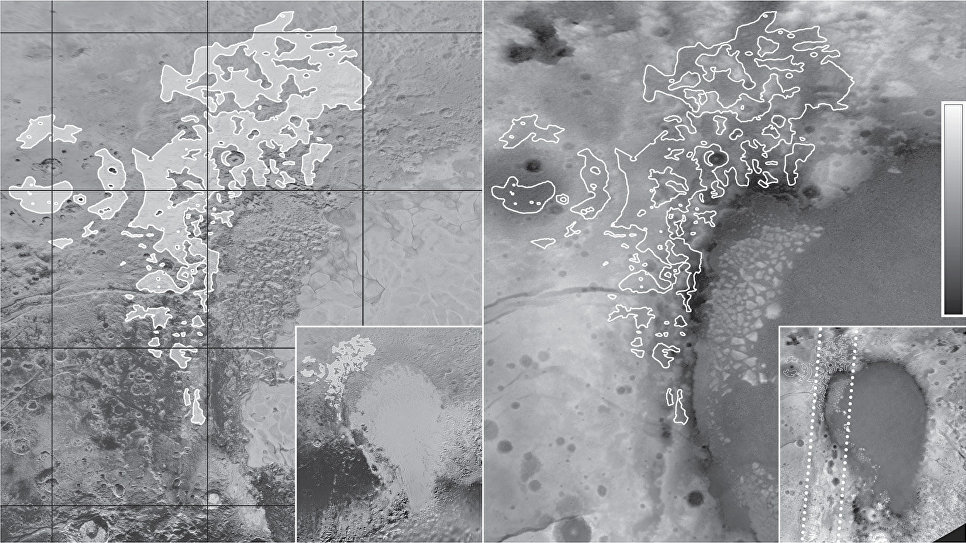 The distribution map of channels and “washing boards” in Pluto

How exactly these pits were born and how they could grow to a length of several kilometers, scientists still do not know. Stern and his colleagues hope that sending a new mission to Pluto, as well as experiments with laboratory analogues of the matter of the dwarf planet, will answer this question.