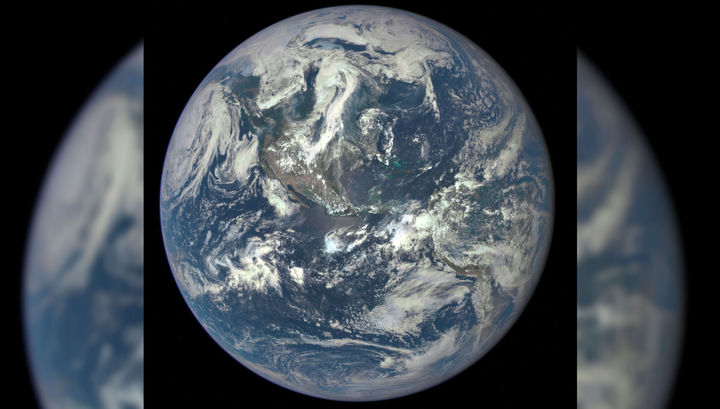 The scientists found out what the Earth would look like in different geological epochs when looking at it from cosmic distances. More precisely, they were interested in what spectral trace is left by this or that vegetation, from the first primitive mosses to dense deciduous forests. This information astronomers hope to use to search for inhabited worlds.

Details of the research are set forth in a scientific article published in the journal Astrobiology by Jack O’Malley-James and Lisa Kaltenegger from Cornell University.

Back in 1990, the Galileo spacecraft, sent to Jupiter, took pictures of the Earth from a relatively long distance. The scientists wanted to understand how the native home of mankind looks to the remote observer. They found a kind of spectral “imprint” in the ultraviolet, visible and infrared range, caused by vegetation.

“The signal detected by Galileo for the Earth was similar to the one that can be observed from an exoplanet in another star system, but of course Galileo was much closer to us,” O’Malley-James explains.

Astronomical instruments are rapidly evolving, and telescopes, which are being prepared for launch in the coming years, will aim to view the most interesting worlds. In this regard, it is interesting that they should see that astronomers say: “Aha, here there is vegetation!”. After all, of course, the tool can not directly see if the planet is covered with forests.

To find this out, the authors modeled the spectra of the planet with the earth’s atmosphere and various vegetation cover. The air envelope was divided into 60 thin layers from zero to one hundred kilometers above the surface. Each of them was assigned its own parameters for absorption and reflection of electromagnetic waves. The spectrum was calculated for a very high resolution: it was assumed that the receiver is able to distinguish details with a width of 0.1 wave number. 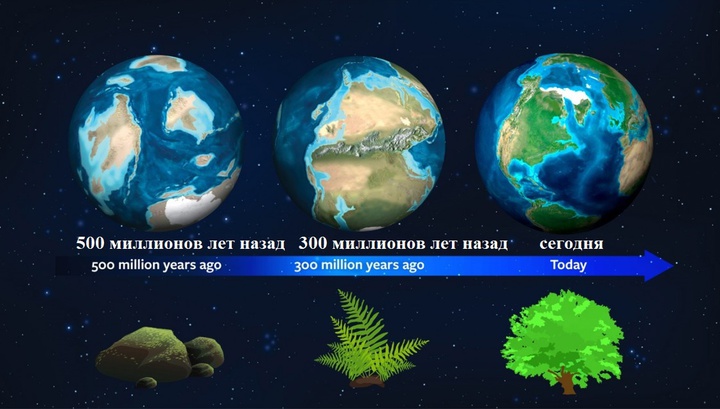 The authors varied the area of ​​the ocean, land and vegetation in accordance with the geological epoch. For example, 475 million years ago only 10% of the land was covered with greenery, and now – 60%. The composition of vegetation also changed. In modeling, it was believed that in ancient times, up to 300 million years ago, the dominant type of plants were mosses. The period of 300-65 million years ago fell on the domination of ferns. After that, gymnosperms and flowering plants replaced them.

The authors expectedly concluded that for a weakly “greened” early Earth the signal about the presence of vegetation is insignificant. The most impressive in this respect was the present era. In its modeling, 70% of the planet’s surface was considered to be the ocean, 2% of the coast and 28% of the land itself. In turn, the land was 60% covered with vegetation, 9% granite, 9% basalt, 15% snow and 7% sand.

However, the authors did not just come to the conclusion that when there is a lot of vegetation, it is clearly visible, and when it is not enough, it is bad. They calculated the specific features of the spectrum for our planet from different eras that can serve as a guide for astronomers.

“We use the history of the Earth as the key to finding life in the universe,” Kaltenegger sums up. “Our work shows that as the plants evolved on Earth, the signal about the presence of vegetation (in the data of a hypothetical telescope aimed at Earth – .), which shows their presence, became stronger, which makes the ancient exoplanets really interesting places to search for vegetation. ”

Of course, we can not know in advance how the biosphere of other planets is arranged. It is not excluded that it will have very little in common with the earthly. But an attempt to test all possibilities would remind us of an anecdotal way of finding a lion in the desert: we must sift the desert through a sieve, and a lion will remain in the sieve. The search for a lion is more effective starting from the place where it was last seen, and the search for life – from worlds similar to the Earth. However, astronomers do not discount the much more exotic corners of the universe.