Astronomers have found evidence of an ancient exoplanet collision. 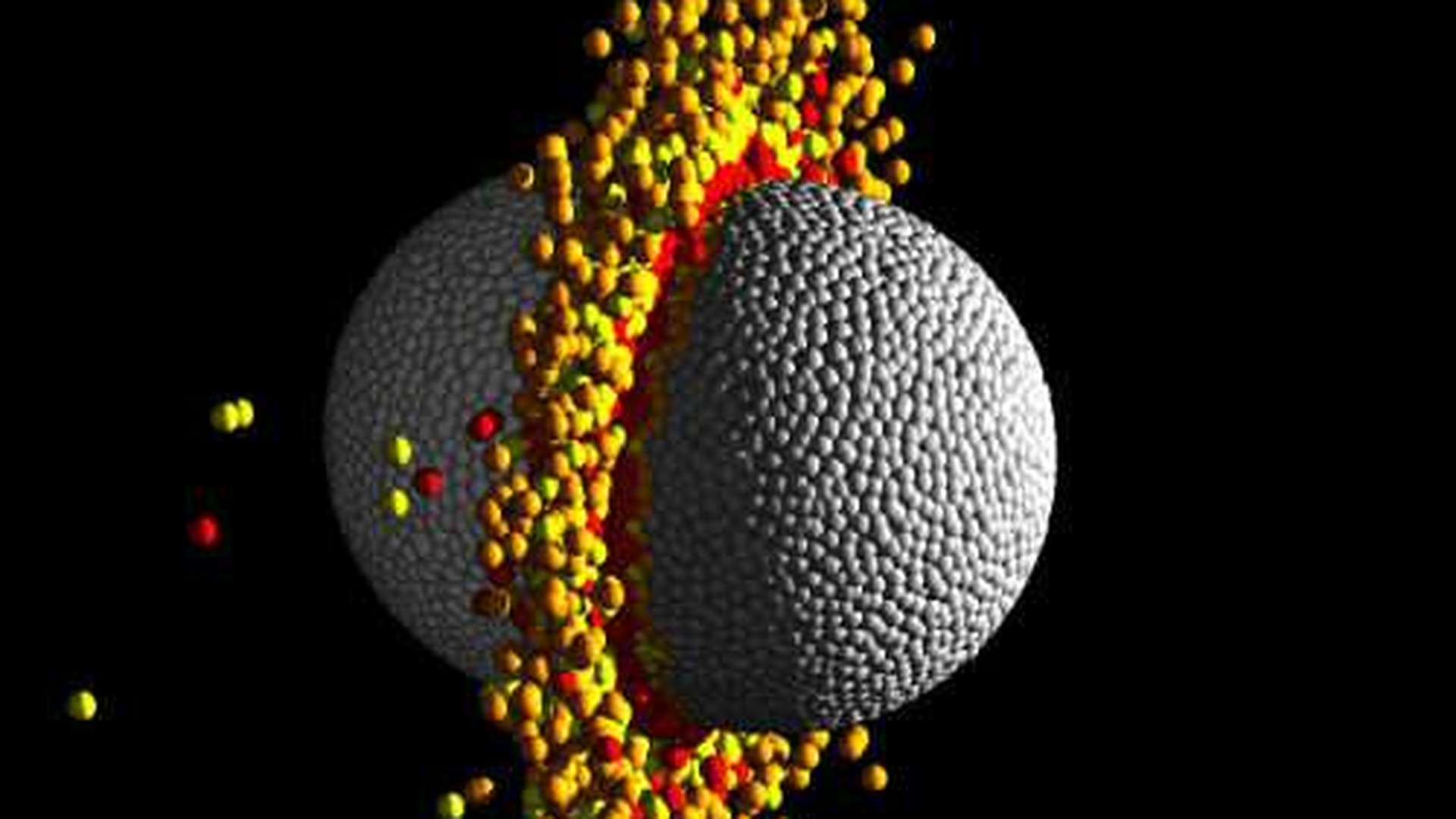 Collisions between protoplanets played an important role in the history of the early solar system. For example, such a cataclysm, according to the most popular hypothesis, spawned the moon. The fact that Venus rotates around its axis “in the wrong direction”, and Uranus “lies on its side,” may also be the fault of ancient catastrophes.

To date, known 653 multi-planet systems, in addition to the Solar. Did such disasters occur in their stories? It is very likely that this is so, but there is very little direct evidence of this.

Recently, astronomers have discovered evidence of a similar disaster in the Kepler-107 system. This is described in a scientific article published in the journal Nature Astronomy by a large international group of scientists.

The system was opened five years ago. To date, it knows four planets. All of them are located quite close to their star: the year of each of these worlds lasts several earthly days.

Researchers obtained more than a hundred samples of the spectrum of Kepler-107 star using the TNG telescope. The radial velocity method allowed them to determine the masses of all four worlds. The radii of the planets were known from previous studies, and astronomers calculated their densities.

This is an extremely interesting detail. Usually, the planet closest to a star has a high average density due to the fact that it loses the atmosphere under the hot rays of a star. And here the situation is reverse, and even with a difference of more than two times.

True, huge gas planets tend to swell near the star, which reduces their density. But Kepler-107b and Kepler-107c are rocky planets. The first in density is close to the Earth, and the second is still much denser. Yes, and their radii are not gigantic: 1.5–1.6 Earth on both worlds.

The researchers suggested that Kepler-107c has an abnormally large iron core. Mass fraction of iron should be at least twice as large as that of Kepler-107b.

Where could such a huge “iron heart” come from? Astronomers explained this fact in the same way as it was customary to explain the solid dimensions of the Earth’s core.

According to their hypothesis, once Kepler-107c collided and merged with another protoplanet of the same mass or with several smaller objects. At the same time, a significant part of the mass of “participants in the accident” has evaporated.

Iron and other high-density metals fell out of this red-hot cloud and exoplanets migrated to the center. Therefore, today Kepler-107c has in its core the iron of two (or several) planets. At the same time, a part of the relatively light silicate crust and mantle forever left the celestial body. By the way, perhaps a satellite was formed from this substance. It is this scenario that is believed to have helped Earth acquire the Moon.

The influx of iron from the “space alien” and the loss of part of its own light rocks led to the fact that the proportion of metal in the mass of Kepler-107c became unusually high.

The authors conducted a computer simulation of such a collision and made sure that such a scenario is quite realistic.

“It is believed that giant collisions played a fundamental role in shaping our current solar system. <...> But so far we have not found any evidence of giant collisions occurring in planetary systems outside of our own. If our hypothesis is correct, it will link the overall formation model A solar system with a planetary system that is very different from ours, “says co-author Zoe Leinhardt of the University of Bristol.