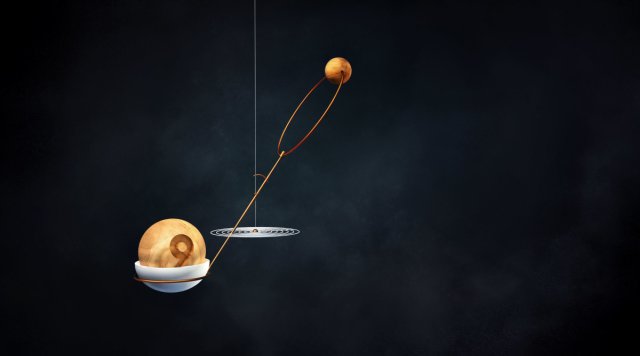 Talk about the existence of the so-called Ninth Planet has been going on for a long time. So in 2016, scientists from the California Institute of Technology conducted a computer simulation and calculated the place where it can be.

And now the researchers have discovered a rocky object, an unusual trajectory of which hints at the presence of a previously unknown large planet. According to the calculations of specialists, the Ninth Planet should be 10 times larger than the Earth, while it can be located 20 times farther from the Sun than Neptune.

The recently discovered object 2015 BP519 was found by analyzing data collected within the Dark Energy Survey project. The heavenly body has an orbit tilted 54 degrees to the plane of the ecliptic. 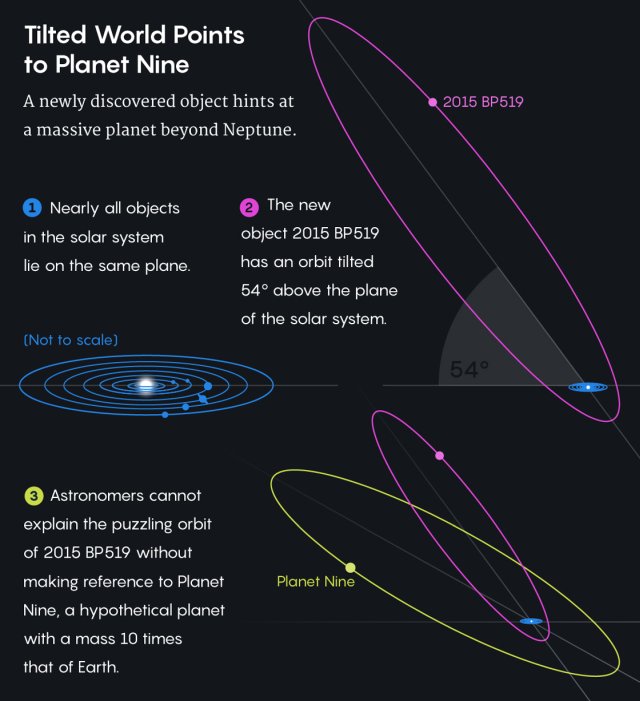 Thus, it can be called a candidate for dwarf planets. 2015 BP519 is not the first object with a significantly tilted orbit in the solar system. Previously, the authors of the hypothesis about the Ninth planet Konstantin Batygin and Mike Brown mentioned the unusual inclination of the orbits of six objects in the Kuiper belt.