Astronomers have found out on what planets life can be born 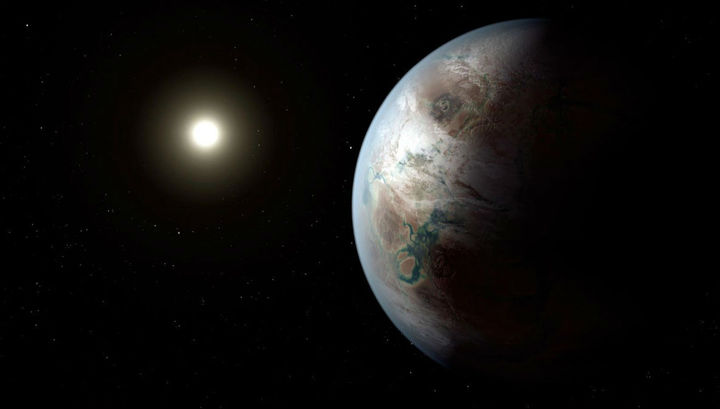 Scientists have identified a new factor, which, according to their calculations, is necessary for the birth of life. This is a fairly intense ultraviolet irradiation. In this regard, they have revised the boundaries of the zones around the stars in which inhabited planets can be found. Conclusions of the researchers are published in the journal Science Advanced.

According to a press release of the study, the authors were inspired by a work published in 2015 by a group of researchers at Cambridge University. In it, a possible mechanism for the synthesis of chemical “building blocks” of life was considered. Experts then concluded that the key ingredient in this process is, paradoxically, cyanide (a deadly poison for humans).

Scientists believed that the carbon, brought to Earth by meteorites, interacted with atmospheric nitrogen and hydrogen, forming hydrocyanic acid (HCN). Under the action of solar ultraviolet, this substance and some of its derivatives entered into chemical reactions in which precursors of ribonucleotides (“bricks”, of which RNA consists) and lipids (protozoa) and amino acids (protein components) were formed. In 2015, this process was reproduced in the laboratory under the rays of ultraviolet lamps. An important component of the system (reducing agent) was the HS- ion.

Recall that it is the self-replicating “colonies” of RNA molecules, according to most experts, were the first “living organisms” on Earth.

The group of Paul Rimmer (Paul Rimmer), also from Cambridge University, the lead author of the new study, was interested in these results. Astronomers decided to find out exactly how much ultraviolet it takes and at what distance from the star the planet will receive the required amount of radiation.

At first, they checked the fact that ultraviolet radiation is generally necessary for such reactions. And indeed, “in the dark” were obtained quite different products, unable to become building blocks of living cells. Then the scientists scrupulously checked the reaction rate at the levels of irradiation expected for the planets at different distances from the luminary. 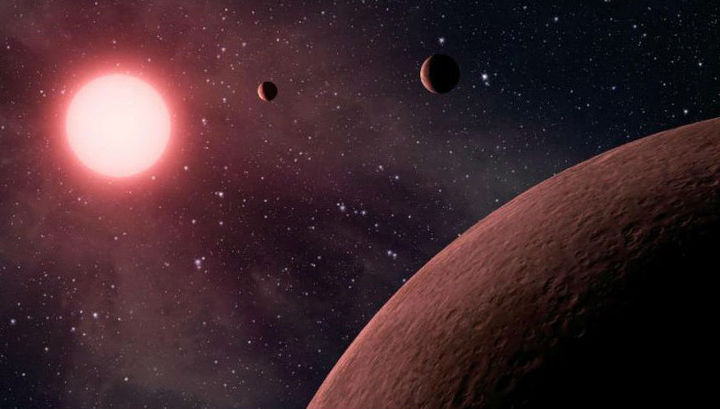 The result was unexpected. The reactions involving HS- proved to be too slow even in the conditions of the early Earth! It would seem that here all the previous constructions of chemists fail. But scientists found the place of the retired ion of another candidate – ion SO32-.

Based on this new understanding of the process, astronomers have calculated the minimum distance to the star on which the planet receives the right amount of ultraviolet. However, for the emergence of life in a form known to us, liquid water is also needed. In other words, the planet must lie in the habitat zone. The area of ​​the space in which both conditions are met (enough ultraviolet and the temperature is suitable for the existence of life-giving moisture), the authors called the zone of abiogenesis. Recall that abiogenesis refers to the process of hypothetical origin of life from inanimate matter.

The zone of abiogenesis, naturally, turned out to be different for stars of different spectral classes. However, almost for all luminaries such a region of space, as it turned out, exists, although it is only part of the habitat zone. Moreover, some already open worlds (for example, Kepler 452b) are at exactly the right distance from the star.

Only for the coldest luminaries, such as stars of class K5 and below, of class M, of this zone, generally speaking, does not exist. According to the authors’ calculations, in such stars the necessary conditions are incompatible: where there is enough ultraviolet, it is too hot for liquid water, and vice versa.

This is bad news for astronomers who hoped to find life in red dwarf systems. However, there is also a good one: the birth of life is still possible, if flashes on the star often occur. Such “explosions” can deliver a sufficient amount of ultraviolet radiation. However, they also generate deadly radiation, so this is a double-edged sword.

By the way, it is possible that the mechanism of origin of life suggested by the authors is not the only possible one, so it is too early to dump red dwarfs from the accounts.